Adding to the album

At Braunston I was able to add two boats I've not seen/photographed before to the album - both, I think, with relatively new owners. 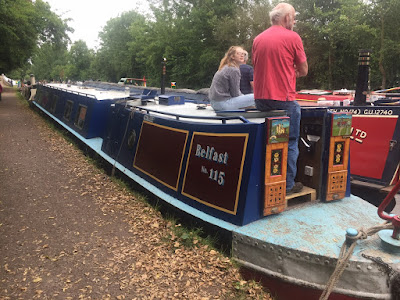 The first was Belfast, which has just been bought by one of the co-owners of Fulbourne. It had previously been a community boat taking parties of children on trips, since the 1970s - how brillaint to have a cabin conversion with such provenance. 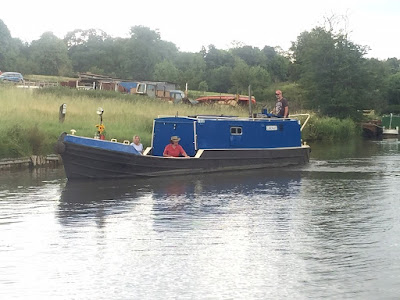 The other was Carnaby, which was one of BW's last disposals. The new owners have smartened it up but not fundamentally changed its very unusual configuration. I have it in my head that Carnaby or Cantley, or possibly both, were adapted for carrying reels of fibre optic cable for laying on the towpath.

Looking through the Sticker Album, I am horrified to see that I don't have a photo of Purton - they've been at practically every gathering I can recall and we've been on a quiz team with them twice! Halsall is another one I have seen on numerous occasions, in two different guises, but if I've taken a photo I've not managed to keep it.

I also have some pictures of boats looking rather different from my previous ones - Paddington, which has changed colour, and Lancing, which is almost unrecogniseable.
Posted by Sarah at 22:01