A weight off my mind 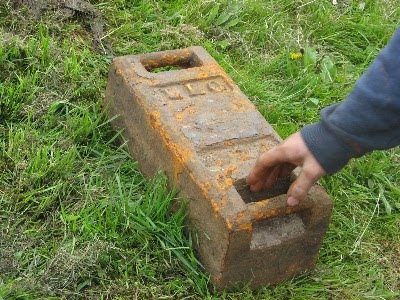 Along with Chertsey, I acquired two gauging weights. One is from the Grand Junction Canal, a catroon weight shape with a ring in the top, and I fully intend to hang onto it. The other was from the Leeds and Liverpool Canal, and I wondered whether the L&L society might like it back. So ages ago, I emailed Mike Clarke of that organisation, and he said yes please, it would be good to put it on Kennet. How could we arrange to transfer it... He mentioned that he would be at Ellesmere Port and I guess I thought that he was thinking of transferring it to a motor vehicle. However, when we tracked him down, he had other ideas. If we could get it out of the hold, he suggested, perhaps we could put it on one of the narrowboats that was planning to make the Mersey crossing to the Liverpool Waterfront Festival, and they could pick it up from there.

I knew though that Severn, another Leeds and Liverpool short boat was also going to Liverpool, and it seemed much more appropriate for the weight to travel that way. Furthermore, I knew that Severn was possessed of a young, robust and sufficiently mad crew to undertake the project of transferring the weight - which we took a wild guess at being about 2 cwt - from the 4'8" depths of Chertsey's hold, down to the lower basin, and on to Severn. So I sought out Rick, Barny et al, and threw down the challenge, which they immediately picked up and leapt into action. 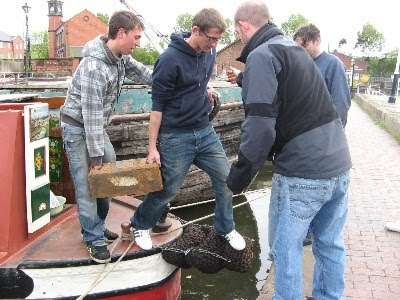 Barny and Sam got it out of the hold; another chap whose name I never got found a rather unothodox way of lowering it down the slope, and when we left, it was sitting on the bank next to Severn. 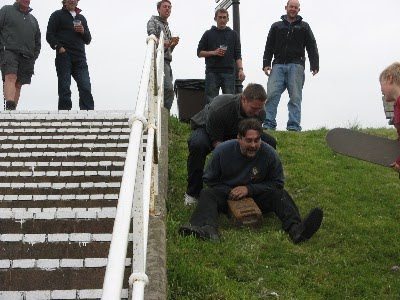 Now you didn't leave it behind, did you boys?
Posted by Sarah at 19:45