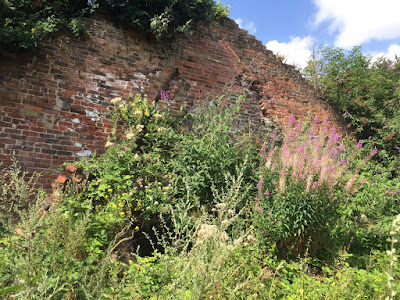 And so the time comes, at last, for another random(ish) Pevsner walk. My pencil hovered over the next column of the index, and alighted on the Franklin Works (p.163).

The works themselves, however, are mentioned only in passing. They are long gone - but have left a legacy: the remains of a pair of cementation furnaces. Although there is little of these left, and what there is is overgrown to the point of invisibility, they are sufficiently rare and significant to have been designated a Scheduled Ancient Monument by Historic England. 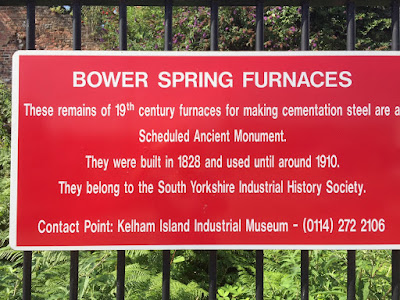 I've written about cementation furnaces before, notably the complete and largely intact one on Doncaster Street, which is the only surviving example in Britain - in their heyday, in the 18th and 19th centuries, there were more than 200 in Sheffield alone. The Hoyle Street / Meadow Street / Doncaster Street site on the corner of which it sits is still abandoned with work barely begun, which may be a blessing. 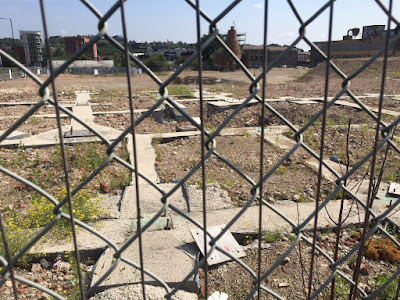 Building work progresses in other parts of Netherthorpe / Shalesmoor though. 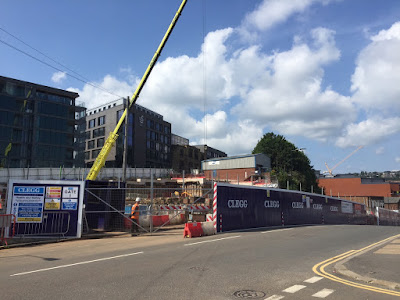 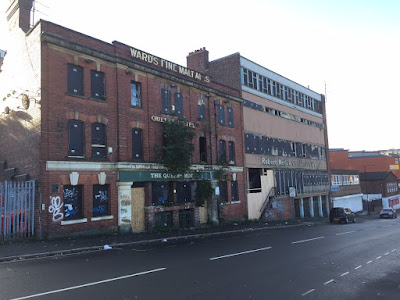 Fortuitously taken from exactly the same angle. An urban exploration from 2016 (just two years after its closure) yields some poignant images of the pub's interior.

Here's an undated photo from the Sheffield History Forum of both buildings in better days: 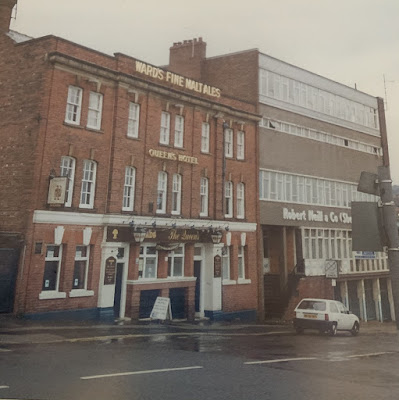 And further on down the road, the 1854 'Nicholson Building' is clearly being gutted, extended and destined to be gritty post-industrial apartments. Is there a term for eviscerating a building and rebuilding behind its original facade? 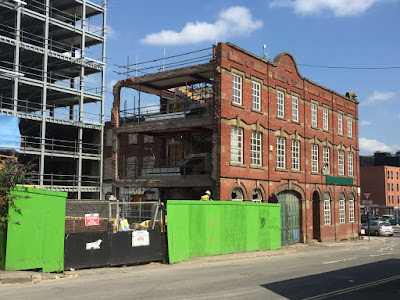 Of course it's good that a fine facade like this is retained. This is clearly an area in transition, as Kelham Island's gentrification edges outwards, with a fascinating mix of working businesses, derelict sites and swish new builds and conversions, often next door to one another.

Ogley Bros, for example, manufacturers and distributors of metal products including 'steam trapping equipment' don't look at first glance to be prospering - but a second glance reveals a brand new lorry, suggesting business is alive and well. 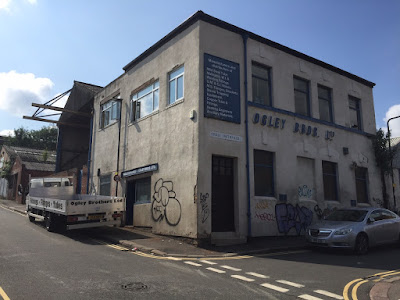 Anyway, back to the Bower Spring furnaces. Given how overgrown they are this must be the absolute worst time of year to try to view them - although it wouldn't be easy at any time. 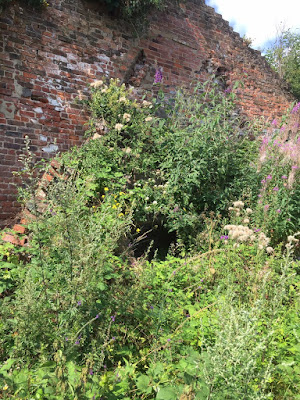 As usual, I snuck around the back as well: 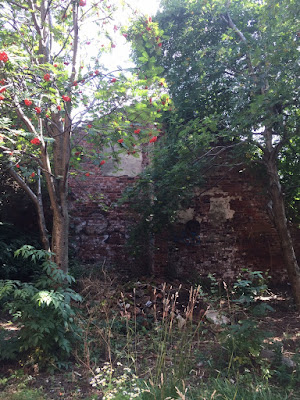 The Sheffield History Forum has an earlier photograph - possibly dating from the time the furnaces were excavated - from a now defunct website. 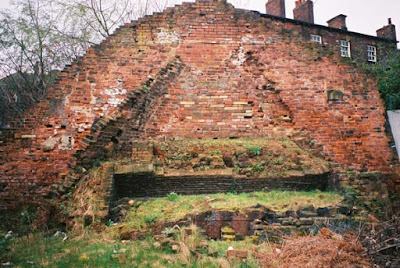 Which shows what's beneath this: 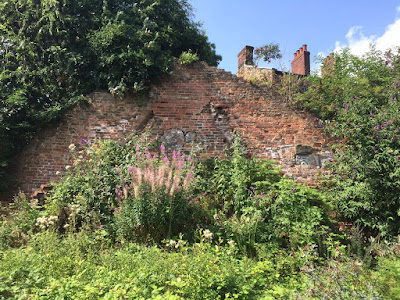