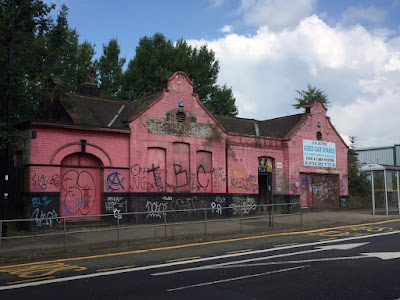 This post starts with a confession: I have driven past this car breakers' on the A61 dozens of times without recognising it for what it was - Heeley Station, built by the Midland Railway in 1901 (and closed by BR in 1968). I had always vaguely assumed it was a former garage. In my defence I can say that I was always driving past, concentrating on other things, and never had the opportunity to step back and look at the whole building. 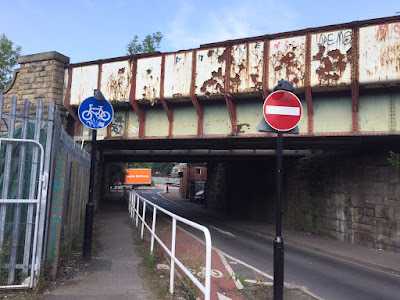 Because when you do that, it is obviously a railway station. The criss-crossing railway bridges and the embankment extending along the road are also dead giveaways. 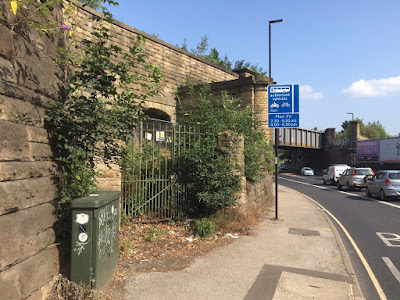 Pevsner notes that the station building is 'by the Midland Railway's architect Charles Trubshaw, in his characteristic style. Red brick with plenty of terracotta dressings (now overpainted).' 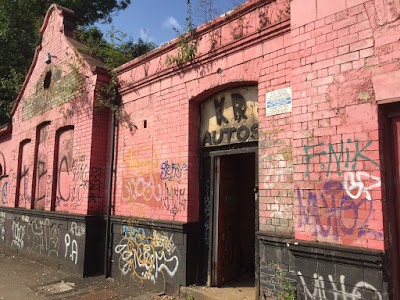 To be honest, I don't recognise that style, but other aspects were much more familiar from the main Midland Station 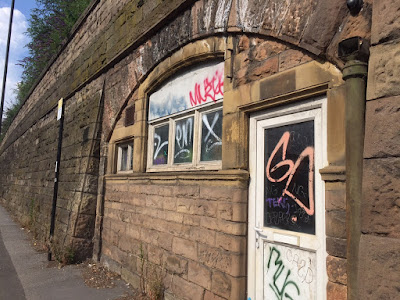 Including this, the entrance / exit of the pedestrian subway that ran under the tracks: 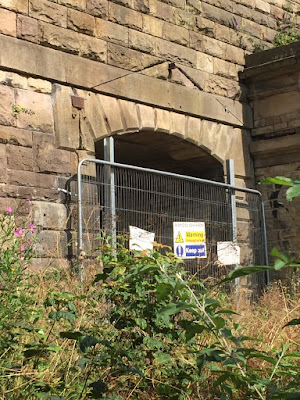 Previously bricked up, it was apparently opened up a couple of years ago for inspection / maintenance purposes - although it's only open for a few yards before being completely blocked with concrete. This info is again from the Sheffield History Forum, where there are also photos of the interior.

Not much to be seen round the back of the building - this was one I definitely couldn't circumambulate. 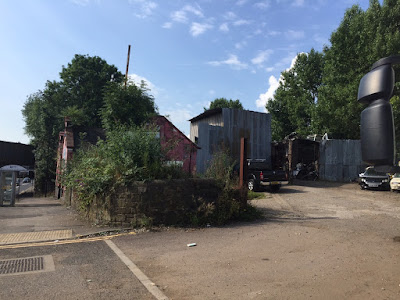 Strangely, I haven't been able to find any photos of the front of the station when it was still in use, prior to 1968. This nice one from Picture Sheffield shows that it became a breakers' yard quite early on - early 1980s? The current encumbents were established in 1987 and have expanded to take over the whole building. 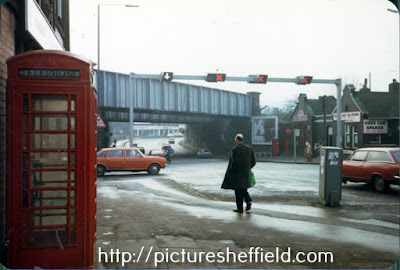 The station's parcel office became a Post Office branch for a time.

This probably wasn't the healthiest walk, as much of it was along the A61. But it was six and a quarter miles of exercise on a pleasant, if slightly muggy, morning, on Wednesday August 4th.