Paul of Waterways routes has found some more old photos of the station so I thought a second post was in order (incidentally the Chertsey blog's 1600th post).

This photo shows the entrance to the subway 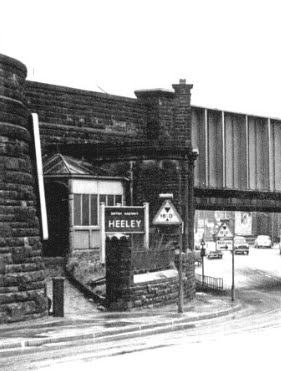 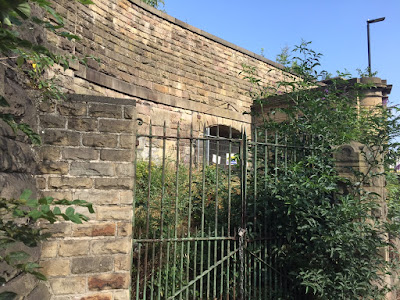 You can see where the roof of the entrance 'porch' was. And it looks as if the original low wrought iron railing to the right is still there: 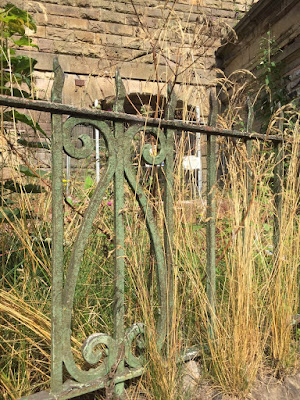 Kevin Smith has recently added four photos from 1987 to his Flickr account - starting here and then going back, two of the front and two of the arches (I'm guessing from the non-road side, accessed from behind the station).

But despite all our best efforts, still no photo of the whole of the front of the building from any time between 1901 and 1968!

While I'm here, here are a few more details from that walk.

This is the view from Heeley Bridge, of a rather low River Sheaf - the river that runs in a culvert under the city centre and the Midland Station, and gives the city its name.

Next to the bridge, temporarily fenced off because of what appears to be a small sinkhole in the pavement, is a rather nice information point in the form of a wheel. I only photographed the section pertaining to the station. 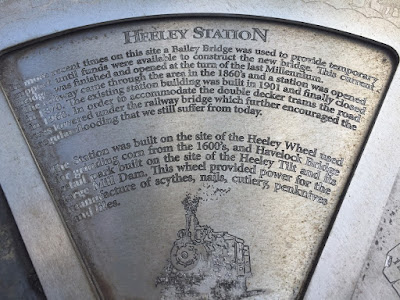 It's a step up from your usual interpretation board, and crams in a lot of information; the photo should be big enough to read if you click on it. 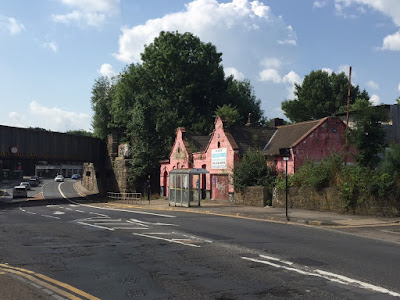 In particular it notes that the road was lowered under the railway bridge to accommodate double decker trams, which has exacerbated flooding issues. 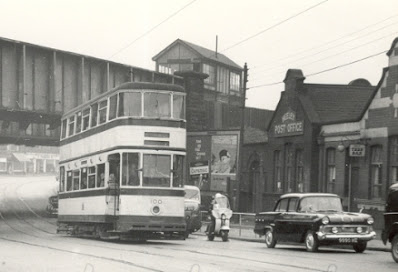 I'd previously come across this at Stretton Aqueduct on the A5 (albeit for lorries rather than trams).

Just before I got to the station I found this ghost of a doorstep or entrance porch on the edge of a fenced off lot. 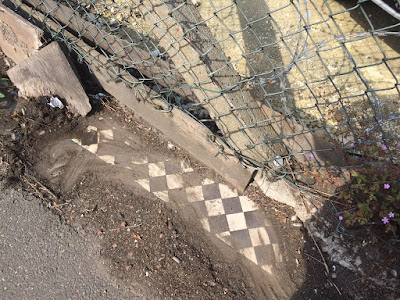 And finally, for fans of rust and rivets: 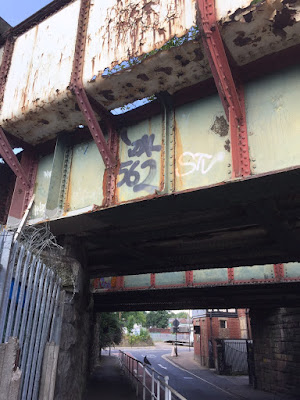 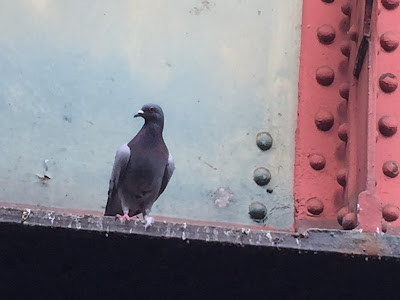 The local press have recently been reporting that Heeley Station and the line its on might re-open. I shall not be holding my breath.