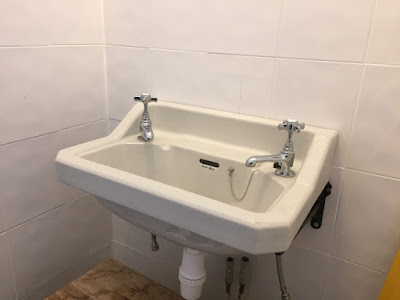 Today has been a significant milstone in the progress of The House. After four weeks of brushing my teeth in the bath, I almost have a bathroom basin. But not just any old basin. Well, an old basin, to be fair. Possibly a hundred years old - I haven't been able to date the mark, although I can state with confidence that it was made by Johnson Brothers of Hanley. 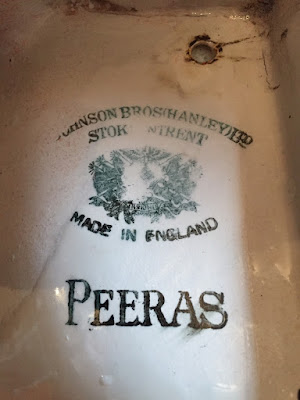 I have been hoarding this basin for many years. I think Jim got it at the Newhaven tip, although it might be the one we found at the chicken farm... Never, ever pass up the opportunity to acquire an old bit of sanitaryware. Jim cleaned it up ready to bring to Sheffield... 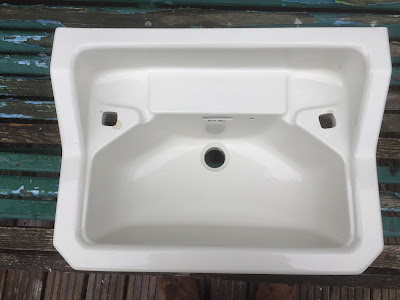 I thought we would have to build a cabinet and fit it into some worktop, which would have been a bit of a shame, but much better than not having it at all. But then at Braunston, on one of the small society stalls, I found some brackets - two pairs, in cast iron. They had originally had more, but they'd already sold. At £2 a pair I snapped up the last ones. The delay in fitting the basin was that the brackets needed a bit of grinding, and the grinder was in Newhaven. But here it now is: 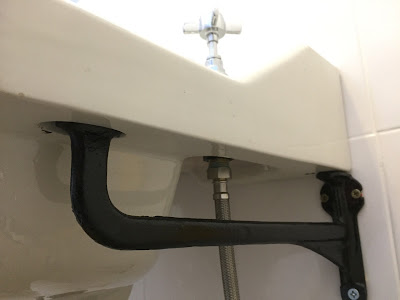 The sharp eyed amongst you will notice that I will be brushing my teeth in the bath one more nights, as it's not quite plumbed in yet. This is because the wall is not vertical so the brackets need a tiny spacer at the back. But I am just delighted to see it nearly there.

A boit of a contrast to the previous one: 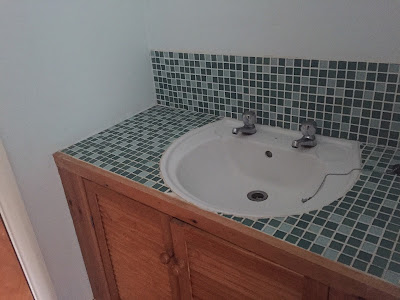