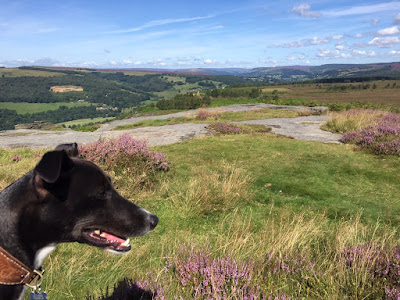 Work on the house has been pretty relentless, especially for Jim, so today we took advantage of the perfect weather for a walk in the Peak. It was an eight mile walk, with my Ramblers group, taking in Froggatt, Curbar and White Edges. I like the gritstone 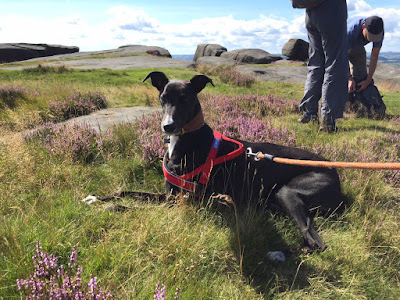 of the Dark Peak a lot better than the limestone of the White - I like the dramatic and sometimes bleak scenery, and even more, I like the fact that it's not slippery! There was nothing bleak about it today though with the heather 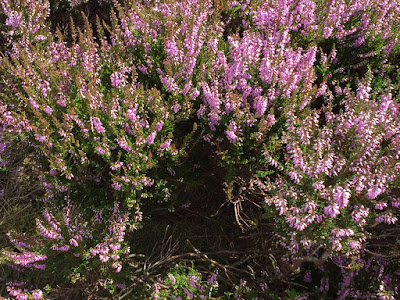 in full flower and the distant hills all shades of purple, 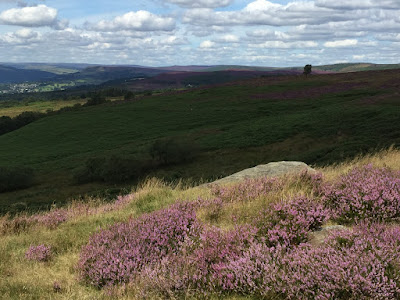 and the quartz in the grit sparkling in the sun. It was a popular walk with 26 people signed up. Ricky came along and seemed to enjoy himself. 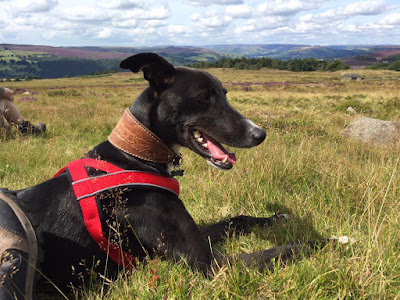 He has a new harness which we bought him yesterday, which has a sort of grab handle on the top. (Shown most clearly in the second photo.) We thought this would be useful when boating, if he were ever to fall in (perish the thought!) but it proved itself today as well for keeping him under close control when passing sheep and, especially, cows, of which there were quite a few, and some rather belligerent examples. 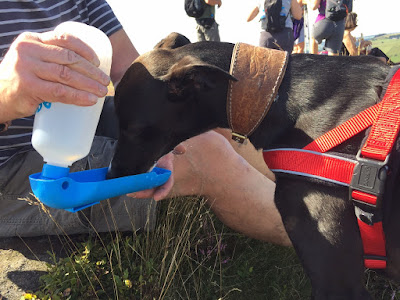 The weather was perfect, mainly sunny but not too hot.
Posted by Sarah at 21:01