Yesterday I took a trip to Langley Mill. This trip began with me walking down to the station and getting there in plenty of time to enjoy a pint of beer and a packet of crisps in my new favourite waiting room (see yesterday), which was most pleasant. Then, less pleasantly, onto a Northern train which smelt of sick (either this is a corporate scent, or I was on the same train coming back), then, from Chesterfield onwards, a rather nice rail replacement bus, which actually made for a more enjoyable and interesting journey.

Having reached Langley Mill, I managed without too much difficulty to find the Great Northern Basin, where I had last been in 2009 with Warrior, and start to look for the boat I'd come to see - Amy and James, late of Lucky Duck's new old boat Willow. I saw the boat, but no sign of its new owners, who, it had turned out, had gone off to meet me at the station, wisely not trusting me to find my own way, but not knowing that I'd been dropped off at the bus stop instead. Eventually we all met up at the lock and made our way together in the snow to Willow, having first stopped to take a souvenir photo of the proud proprietors: 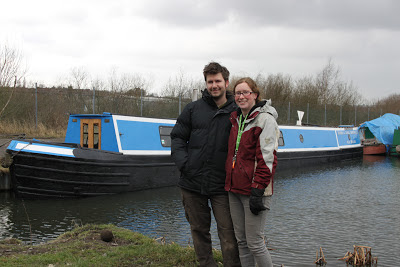 No matter how big or interesting a boat is (and Willow is both, being built a full 72' long and to an unusual design - read more on Amy and James's blog), a guided tour doesn't take long, especially when the only item fitted is a rather gorgeous and massive enamel stove. There are many things to oooh and aaah at, however, in particular the ornate woodwork, all executed in oak, and the sheer amount of space. I quizzed them about their plans for the layout (but will let them reveal that as it happens) and for getting back to Cambridge, where Willow will be their home (exciting and I look forward to reading about that as it happens over the Easter holiday). Then I drank tea and ate cake and generally got in the way until it was time to catch the bus back to Chesterfield again. Before leaving of course, I took lots of photos, and here are a few highlights of Willow for your delectation. I have to say, it looks as if Amy and James have done really well, and I don't half wish them luck with the fitout! 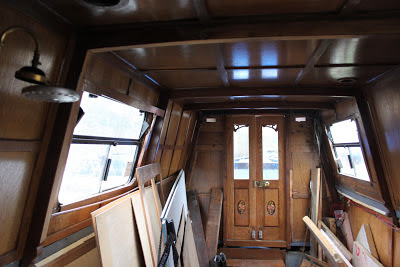 It's going to be quite a job, but what a fantastic boat they'll have when it's finished. 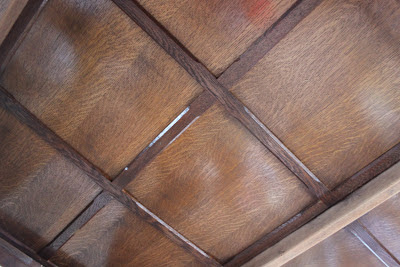 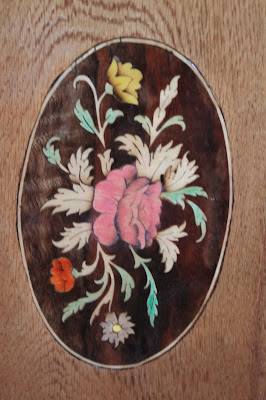 With some lovely details... 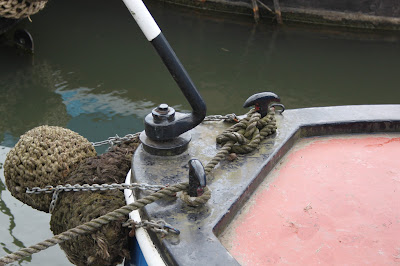 So I have a very nice day out on Sunday - thanks very much to Amy and James for allowing my to take up some of their valuable fit out time.

Amy walked with me back to the bus stop, and the coach arrived almost exactly on time (which I thought Starcross Jim might be interested to know, if no one else). On the way back I had the coach to myself as far as Alfreton, which was rather nice, although a perfect day was slightly marred by my very carelessly leaving my lovely woolly mittens on the coach going down.