Another little job completed - Chertsey's historic plaques in pride of place at last. The 1970 IWA rally on the Wey, 1973 NBOC gathering at Fradley, the re-opening of the upper Avon in 1974, and a gathering at the Black Country Museum in 1981. 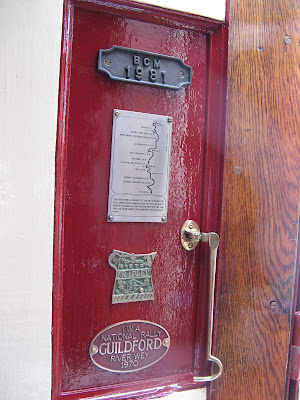 All topped off with a newly purchased but now historic NBOC plaque - from now on, new club plaques will say HNBC. 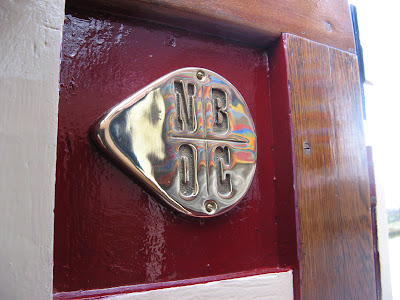 Inside I have the commemorative plaques I've started to collect, strictly for gatherings that Chertsey has been to. Two Braunston key fob tags (they didn't do one last year, which was a great shame); last year's Droitwich gathering, and Retford and Worksop Boat Club from the year before, and our very first one, from Windmill End in 2010. I also have two BCNS Bonfire plaques - one which belongs on Bakewell, from when we went there with Aldgate, and one from last year for Chertsey, when we didn't go at all despite having registered. I'm not sure what to do with that one!
Posted by Sarah at 16:05