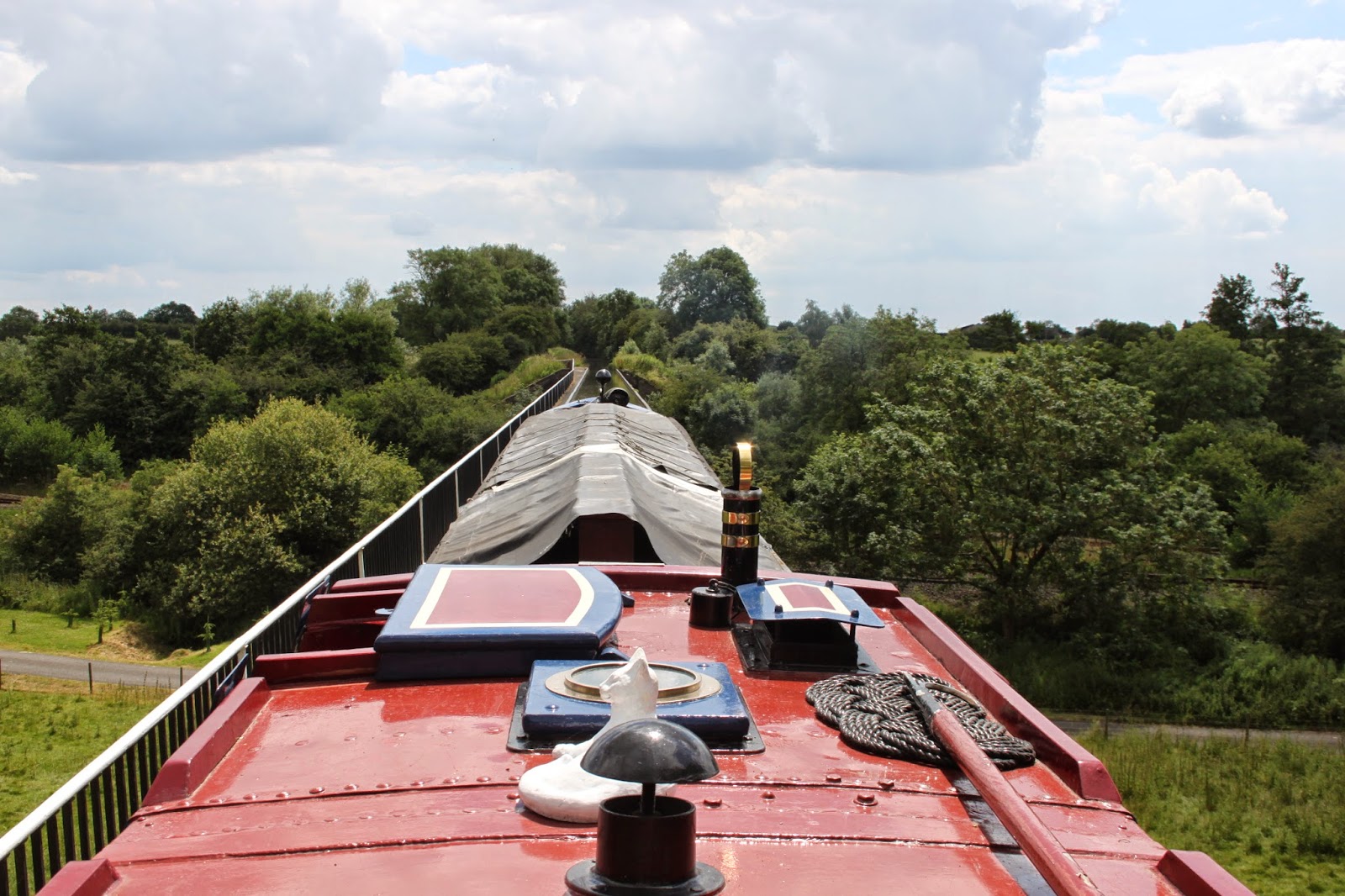 Even if I can get Chertsey through Hurleston bottom lock, I have had cause to rethink the attractions of the Pontcysyllte Aqueduct.

Pontcysyllte may be the longest aqueduct in the UK, but the longest in England is the Edstone or Bearley aqueduct, which carries the Stratford canal across a road, a railway and the and the trackbed of a former railway. It is unusual (but similar to the other two, shorter, aqueducts on this stretch) in that the towpath is level with the bottom of the cast iron trough which carries the canal. It is like Pontcysyllte in that on non-towpath (the right hand side as I crossed it) side there is no buffer, no handrail, no nothing. Just, maybe, a lip of a few inches above the surface of the water.

I have a lovely photo (given to me by his widow) of Richard Barnett steering Chertsey across Edstone circa 1970. My biggest concern as we approached the aqueduct was that Jim, from the towpath, should try to recreate this picture. I meanwhile sailed on into the trough, looking down on him from my perch on the counter, itself well out of the water and thus a good couple of feet above the lip of the trough.

And suddenly, unexpectedly, found myself terrified. Jim's pictures (which I don't have here) show my left arm hanging instinctively onto the cabinside and my gaze fixed upon the towpath. I was standing inside the hatches and thus had no chance of falling off the boat, but the (completely irrational... I'm sure...) terror was that the whole boat would somehow tip over the edge. Early on there was a 'dong' as I nudged the trough on the right hand side... After that I, frozen to the tiller, kept the boat at an angle - as far as the narrow canal would permit - scraping along with the fore end rubbing up against the towpath side and the stern the other. My instincts simply would not allow me to steer towards the void.

I suspect the sensible thing to do would have been to retreat into the cabin and let the boat find its own way across. 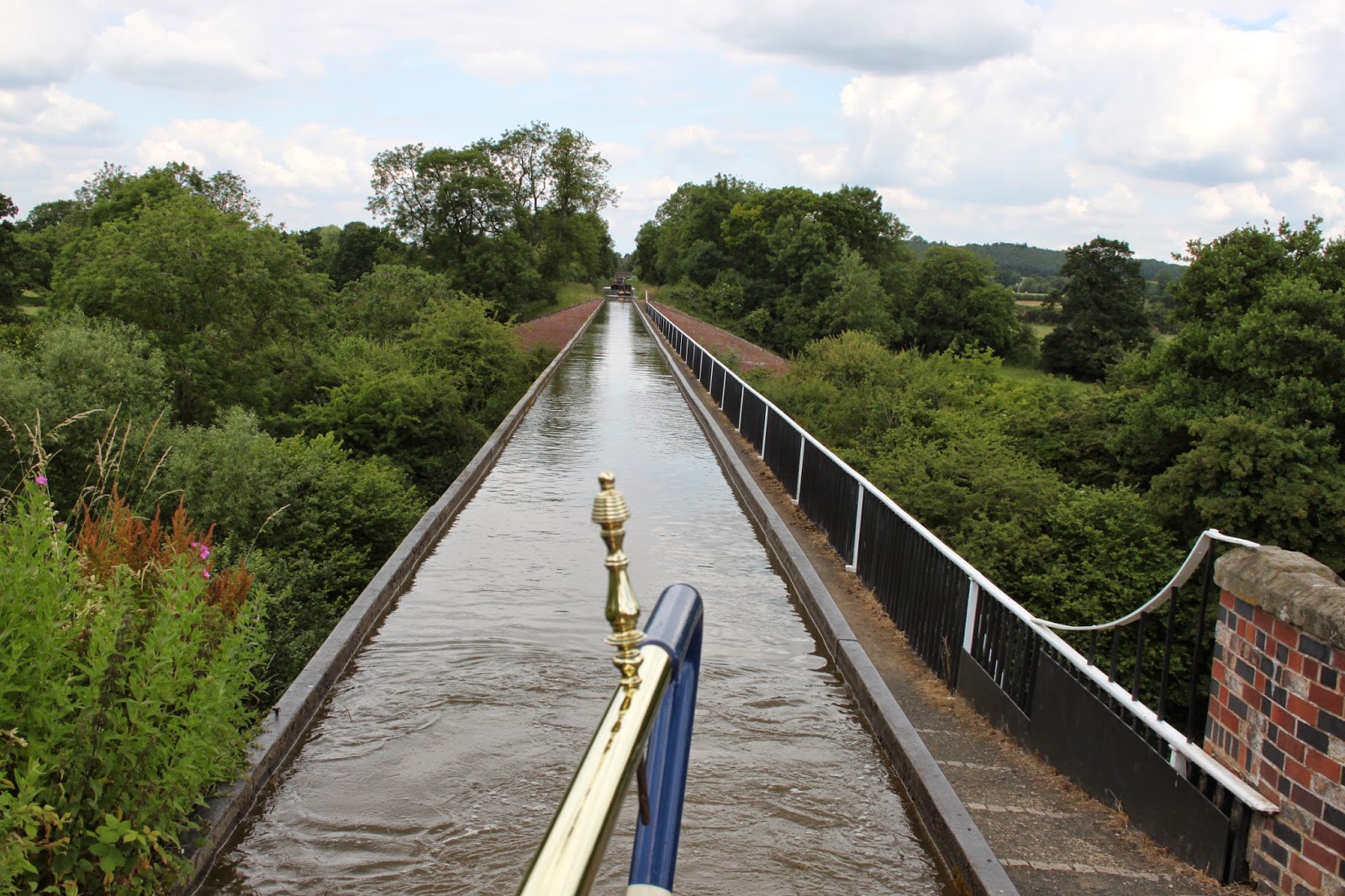 It did surprise me slightly, given some of the unnecessary things done in the name of safety, that  there were no notices forewarning people, along the lines of 'terrifying aqueduct ahead, get your kids off the roof.'
Posted by Sarah at 13:32