Here is Chertsey looking smart (well, as smart as you can look with window cloths in) on display in the arm at Braunston... 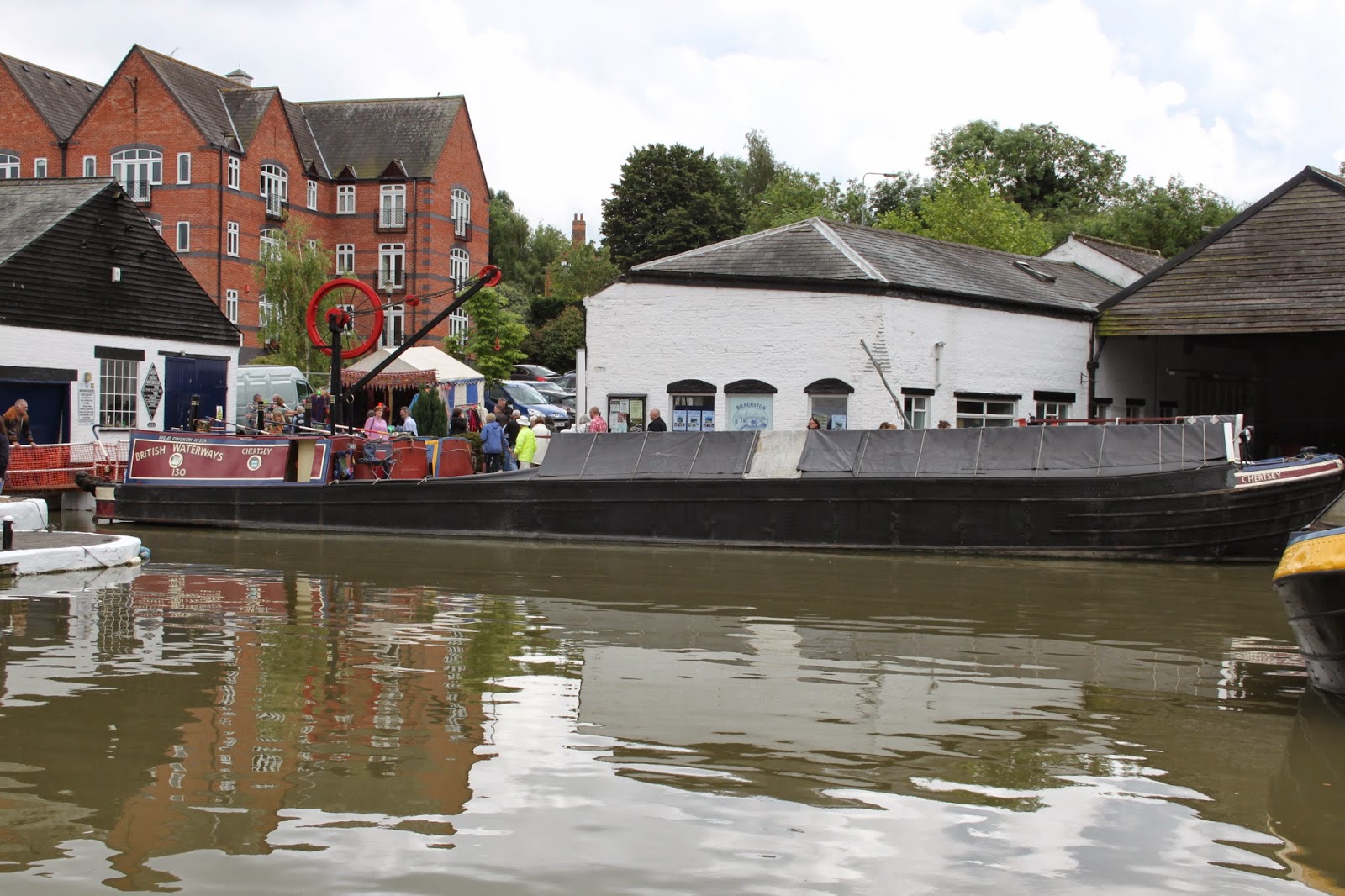 ... shortly before we removed the cloths, dropped the top planks down onto the cross planks, took the stands out and replaced them with boxes, removed the deckboard, put the top planks back on the boxes and clothed it all back up again, far less tidily, with enthusiastic help from the Herbies' friend Rick.

This was all part of our cunning plan for getting through the low bridges of the southern Stratford Canal. The bridges are not only low, but narrow - they have no towpath so are only a boat's width wide. One of them, we were warned, was especially narrow, and more worryingly, narrowed sharply at a height that would be well above the gunnels of a modern boat, but which might catch the sides of Chertsey's very high fore end. 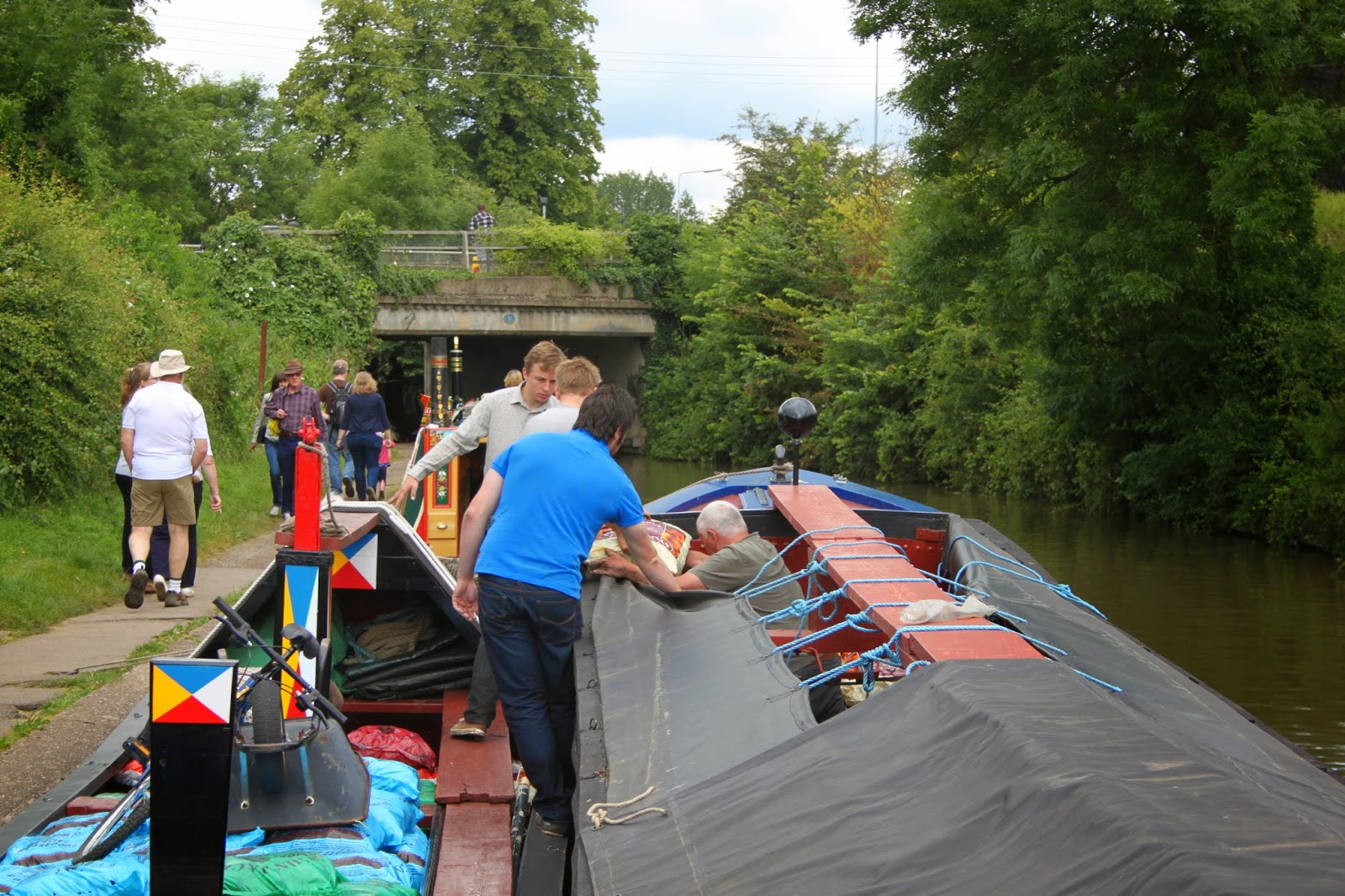 To try to reduce the chances of this happening, we made the decision to acquire some extra ballast in the front. Thus the Sunday parade saw us pause alongside Southern Cross and transfer across a tonne of coal in what was surely record time (definitely a record for us, anyway). With the invoice in the ticket drawer, we were on our way in minutes, fore end lower by some inches, and arse end correspondingly raised, with the propellor burbling away merrily.

So you don't suffer too much suspense, I will tell you now that we made it through the bridge (58) in question. On arrival at Stratford I mused that before going out onto the river, it might be an idea to shift the coal back to the back end of the hold, to give the prop a fighting chance of engaging with the water. This was not terrifically well received by Jim, but to his great credit, and with the help and encouragement of Holland's Ian, he did shift a good proportion of it, with the result, I think, that Chertsey is now as well ballasted as it has been for a long time.
Posted by Sarah at 15:52