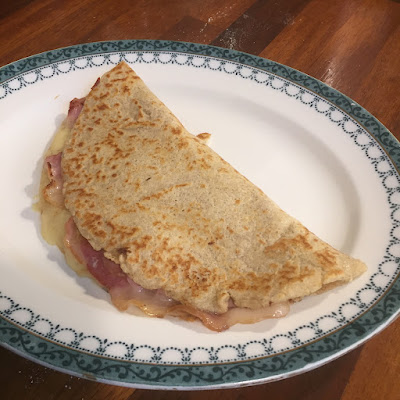 A freshly made Staffordshire oatcake, with bacon and cheese, the morning after a night in the Star at Stone, is a wonderful thing.

When I was looking for recipes, I found a number of comments wondering why, when we can buy flatbreads from all over the world, we can't buy oatcakes in the supermarket outside of Staffordshire.

I think the residents of that county, and lovers of the delicacy, are very sensible not to export them more widely. Because they do not travel. If the only oatcake you had ever known was one out of a supermarket packet - as was the case for me for many years - then you would dismiss them (as I did) as having all the appeal of wet cardboard. Fresh, they are a delight; packaged, they are not something anyone would want to be associated with.

I was looking for a recipe because I fancied one, in part as a change from the white-flour pancakes I'd got into the habit of eating as a Sunday treat. When I found the recipe, I discovered that a true Staffordshire oatcake uses a yeast-based batter, which sadly I didn't have the patience to make (and it's hard to make in small quantities).

So I invented a substitute version: it's shamelessly inauthentic, somewhere between a pancake and a pikelet, an oatcake and an omelette, but not having had the real think for years I thought it worked quite well.

For a couple of moderately hungry people, or one very hungry one, you'll need: 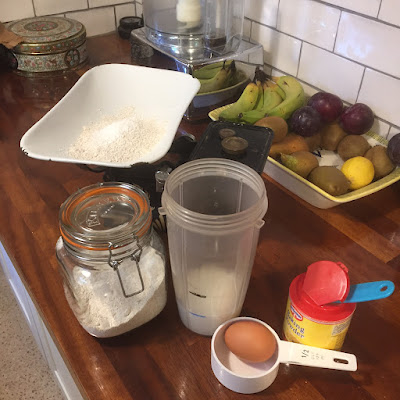 Which you whizz up into a batter, and leave to rest for a while, while you fry your favoured quantity of bacon and grate a pile of strong cheddar. 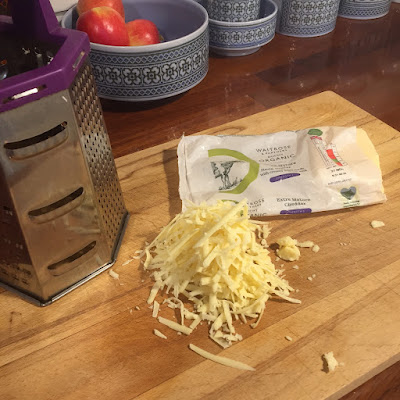 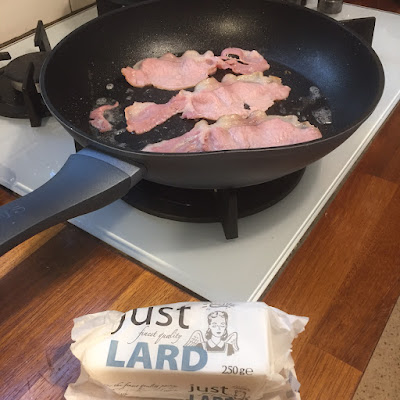 Whn the bacon's (nearly) done, take it out and keep it warm. In the pan which is now well greased with bacon fat and melted lard, pour enough batter to make a thickness of about 3mm. 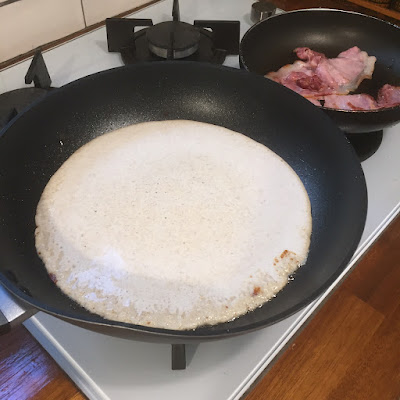 The egg helps hold it together but it won't work much thinner, hence the pikelet comparison. When it's set on top, loosen the edges and flip it over with a big spatula. 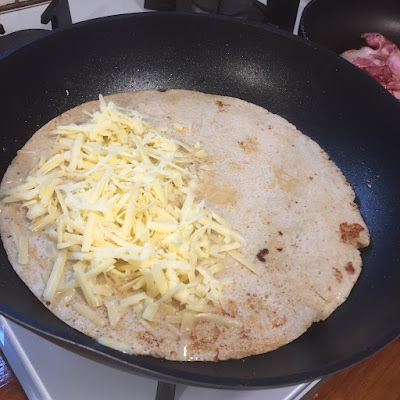 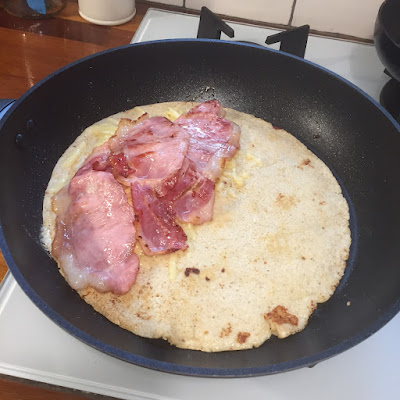 Put the cheese on one half, then the bacon, and when the bottom's golden, flip it in half and serve (top photo).