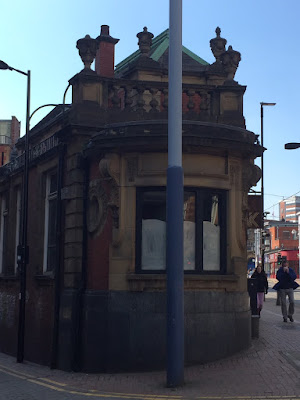 Occupying another of those acute corner sites, the Birmingham District and Counties Banking Co. set up shop in Sheffield in 1907. If you have not heard of the Birmingham District and Counties Banking Co., this is probably because less than ten years later, in 1916, they were taken over by Barclays Bank. This building on Glossop Road was still a branch of Barclays when Pevsner was published in 2004. 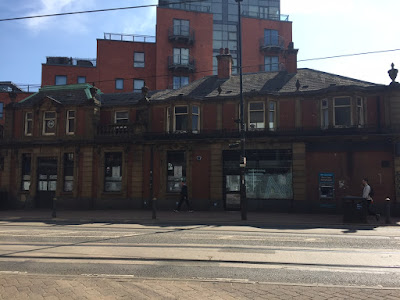 When I visited on April 17th, it was a defunct hairdressers, and looking slightly the worse for wear. 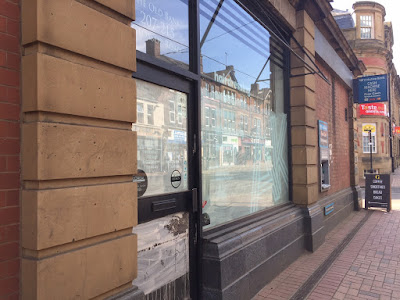 However, there were signs of life round the back, so hopefully that portends new tenants and a new use. 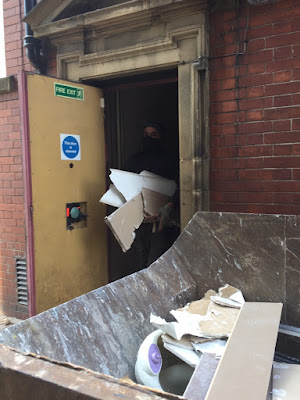 My first guess would have been an another eaterie of some kind, but I didn't notice a planning application (might have been and gone of course in all the months I didn't set foot near the city centre).

Pevsner notes that the building originally housed the bank, plus three additional shops, in the plainer part of the building. These 1985 photos from Picture Sheffield (an excellent online photo archive held by the City Council) suggest that by then it was all in use by Barclays.

So, some little details that I spotted: 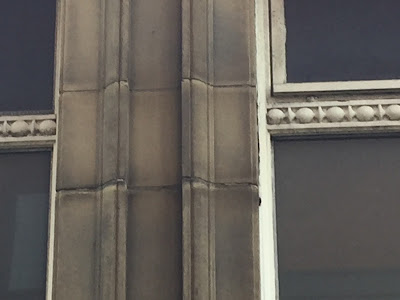 The carved wooden frames in the mullioned windows around the back 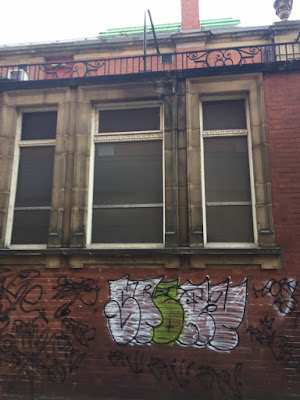 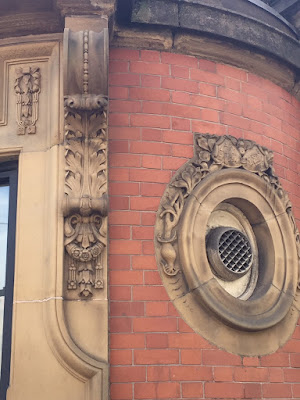 Some of it suffering the depradations of time, weather and above all, pollution 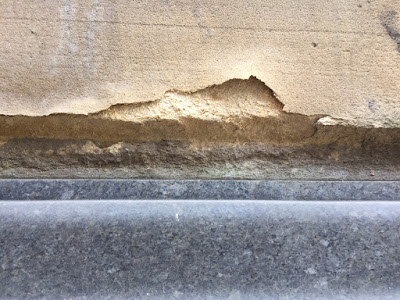 but generally holding up well 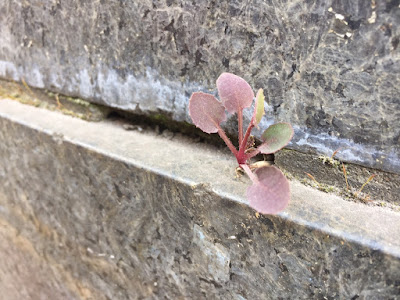 Pevsner (p. 129) says that the bank was designed by Gibbs and Flockton, names - Flockton in particular - that crop up very frequently. It turns out that there were three generations of Flocktons, working over the years in various partnerships, as part of a complicated and incestuous web of family firms and partnerships working in Sheffield. Given time, I might disentangle them. This Flockton would have been the youngest of three generations, Charles Burrows, whose father Thomas had worked as an assistant to George Gilbert Scott of St Pancras Midland Grand Hotel fame. Mostly though it seems that Sheffield's significant architects mainly trained and worked within Sheffield.

I couldn't make out whose sign the traces of remained here 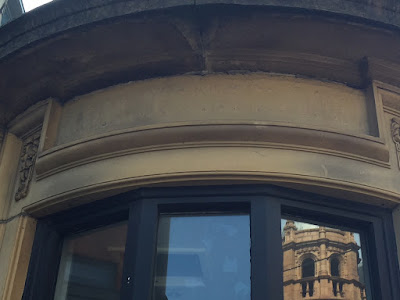 Hidden along the redbrick back of the building 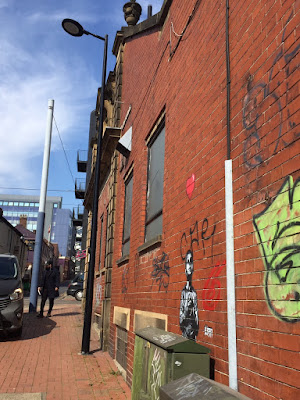 was my very favourite little detail: 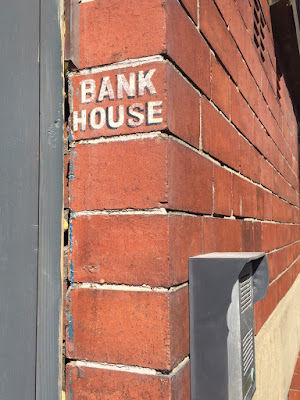 Perhaps originally where the manager lived? A lovely little bit of (slightly inexpert) old signwriting directly onto the brick by the (more modern) doorbell.