The mysterious world of the External Examiner

I thought you might be wondering what I was doing in Edinburgh, at the end of January, making tea with two hotel teabags (they only supplied four; I had to go out and but some more, plus empire biscuits - a delicacy of which I had been previously unaware - for my expatriate Scots colleague). 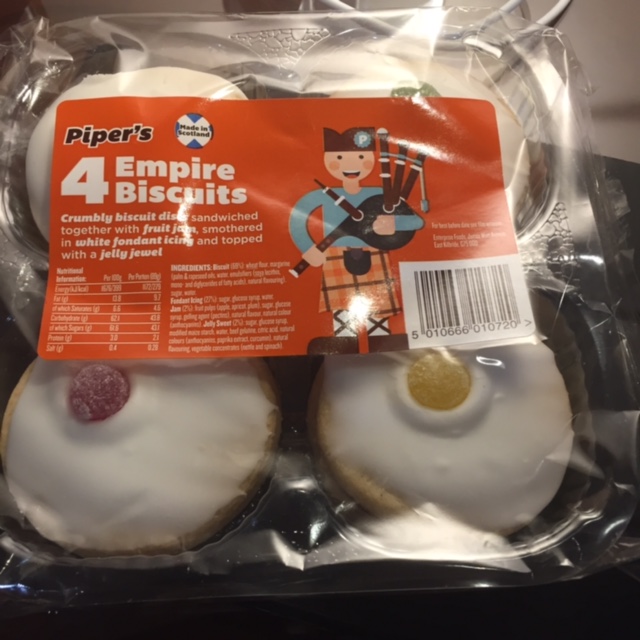 I was there to undertake that mysterious activity known in academic circles as 'externalling'.
Universities are all technically independent, autonomous institutions, setting their own standards and overseeing their own degree programmes. There's no National Curriculum; no SATs, and no common exams like GCSEs and A Levels. Yet somehow, students and employers need to know that a first class degree from one university is in some important way equivalent to a first class degree from another - possibly very different - institution. (And yes, I know that on one level that is a forlorn hope, because  universities and some degree programmes are so very diverse, but bear with me for now).
Students also need to know that their work has been set and marked fairly, and to standards roughly the same as for students at other universities, and that it's at the same level of difficulty; they want to know that their degree classifications have been worked out correctly, and that all the marking has ben transparent and above board.
The traditional - and indeed thriving - means of achieving all this is through the offices of the External Examiner. An External Examiner ('External' for short, usually honoured with an initial capital) is an academic, in the same field, from another university. Rather than one body overseeing every institution, there is a vast criss-crossing network of Externals who between them, theoretically at least, ensure standards and consistency across the whole sector.
So every now and then, a request gets circulated (often in our case via the Foundation Year Network) for an External Examiner for this or that subject area - Externals' terms of office generally last three years, and there are rules about not having reciprocal arrangements, or more than one external from any one institution in a department, or anyone holding more than two externalling posts. When we see a call in our subject area, naturally our first thought is 'How can I fulfil this opportunity to serve the academic community?' and not 'Will this look good on my CV?' or 'Will it be a nice place to visit?' I must confess that I have been known to apply the last criterion, hence my current External Examiner posts being at York and Edinburgh.
The other thing you don't ask is 'How much are they paying?'  They are paying, but it's probably not much. It's one of those things academics are expected to - and willingly - do from a combination of status-seeking and good citizenship. We know that the system depends on us all playing our part. There is also of course the opportunity to spend five hours on a train and a night in a hotel with four one-cup teabags at someone else's expense (which as unalluring as it sounds is a damn sight better than trying to do it via Microsoft Teams).
It is quite a lot of work though. For every Exam Board you attend (and Edinburgh has lots, which disappointingly at the moment means lots of Microsoft Teams and not so many opportunities for that long awaited Big Day Out to Ladybank) you have to look through samples of the students' work (which now includes videos), and the marking and moderation, and feedback, and the processes by which marks have been arrived at, and extenuating circumstances determined; you need to be familiar with the particular institution's unique set of arcane regulations (Null sit? Ah, that's what we call NA ...) and (the worst bit, for me) look at spreadsheets. The horror. Then you have to write a report.  On the plus side, you get to meet lovely people doing the same job as you in different places and have a good natter/moan/gossip share best practice.
The real compensation, though, is that as an External Examiner, you are treated like a god. Or at least minor royalty. You are, for some reason I have yet to fathom, an Important Person. Probably because you report direct to the university above the level of the department. Therefore everyone is very nice to you and nothing is too much trouble. 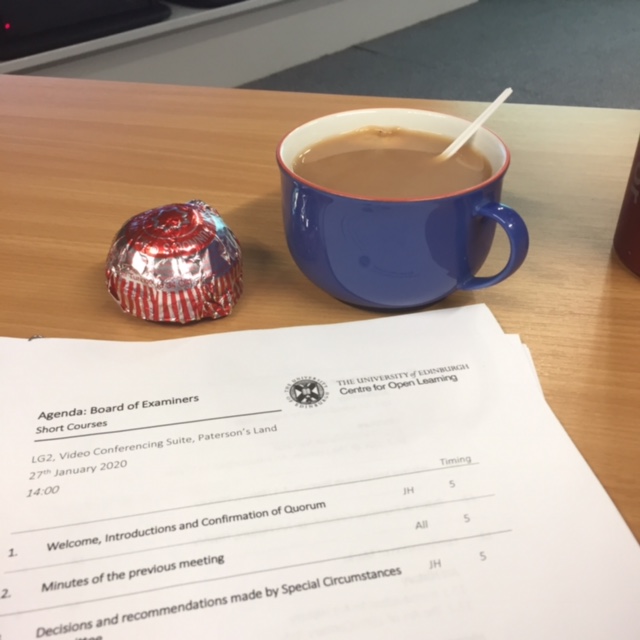 See? Plied with regional delicacies. And terrible tea.
Time was, you got a slap up meal too, though none of my posts has ever offered that and in these days of financial belt-tightening I fear that tradition may be gone for good. So I had to fend for myself in Edinburgh: 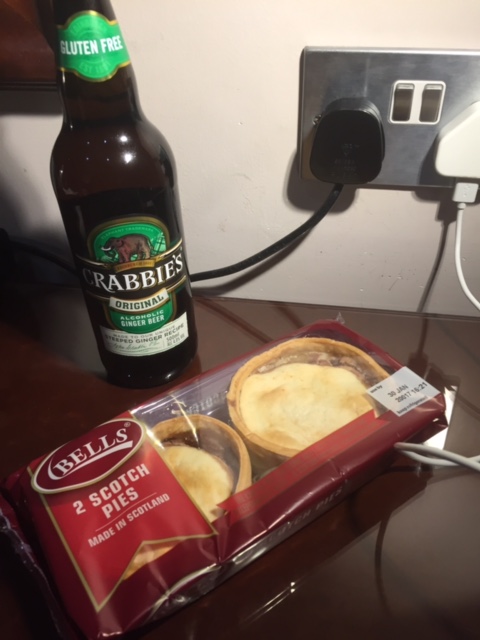 It was not the most joyous repast of which I have ever partaken.
At Sheffield we used to have a generous, but stringently regulated budget for entertaining Externals. The rules were that you could buy a meal for one member of staff for each External present. Back in the days when there were a number of us each running our own degree programme, a colleague would annually take her External out for a proper posh dinner. One member of staff; one External - the University happily stumped up eighty quid. I on the other hand took my External and my Programme Administrator who did all the work of preparing for the board, to lunch in the local Wetherspoons (this was when Brexit was still a gleam in Nigel Farage's eye) where - being incorrigably abstemious - we managed to spend fifteen quid in total. I sent the receipt in to the External Examiners office, and received an admonitory email and reimbursement of ten pounds, because they wouldn't pay for the supernumary person.
Posted by Sarah at 19:04