I went for a walk with my Ramblers group today for the first time in ages - looking at my records, it appears not sinec June 19th! So a more gentle start might have been called for than twelve miles with lots of hills.

The description of the walk said: 'From Hartington, to Wolfscote Hill, cross the Dove, over Narrowdale Hill to Wetton. Walk north between Wetton Hills to Ecton Hill then back over fields to Hartington.' Which I guess is what we did. The interesting thing about this walk was that it was taking advantage of access land rather than sticking to footpaths. So we covered areas that many of even the most seasoned members hadn't previously walked, and for those who like to collect them (and there are such people of course, two of whom were on the walk), there were not one, but two trig points.  From my perspective, the focus on access land meant there were a lot of muddy fields. Oh, and did I mention the hills?

At the top of Wolfscote Hill, we were told that there were stunning views... on the day in September when the leader had recced the walk. 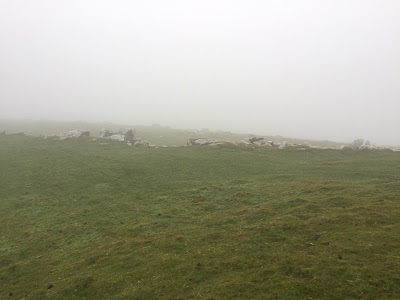 Down in the dale, things were prettier 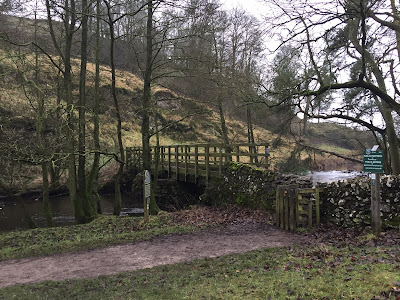 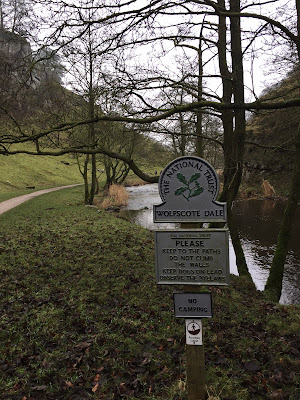 This being the White Peak, there was lots of limestone (my direction of causality may be a bit awry there). 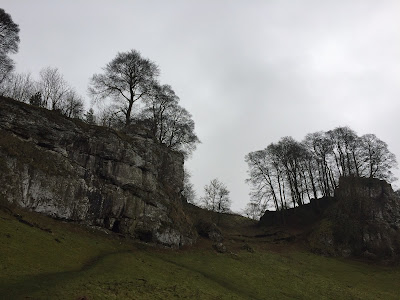 Lots of people like it, but I prefer the nearer, grittier, bleaker, and - significantly - less slippery Dark Peak.

The start point of the walk was a twenty five mile drive from Sheffield, but it was still slightly disconcerting as always to find ourselves on paths (we didn't avoid all of them) maintained by Staffordshire County Council.