As soon as I arrived at Chertsey, a good few hours before Jim and Rocky, I started to strip off the cloths. They were still in 'low down' mode, following last year's trip to the Stratford. I've long been seeking a way to get more light into the hold - glamping in the dark just isn't so much fun. The historic Union Canal Carriers window cloths that I bought at the Droitwich tat auction did a good job of letting light in, and keeping rain out, but because they were only a yard wide, using them necessitated shifting the other cloths about, and because they were deep, they were hard to use with the top planks in the lower position. 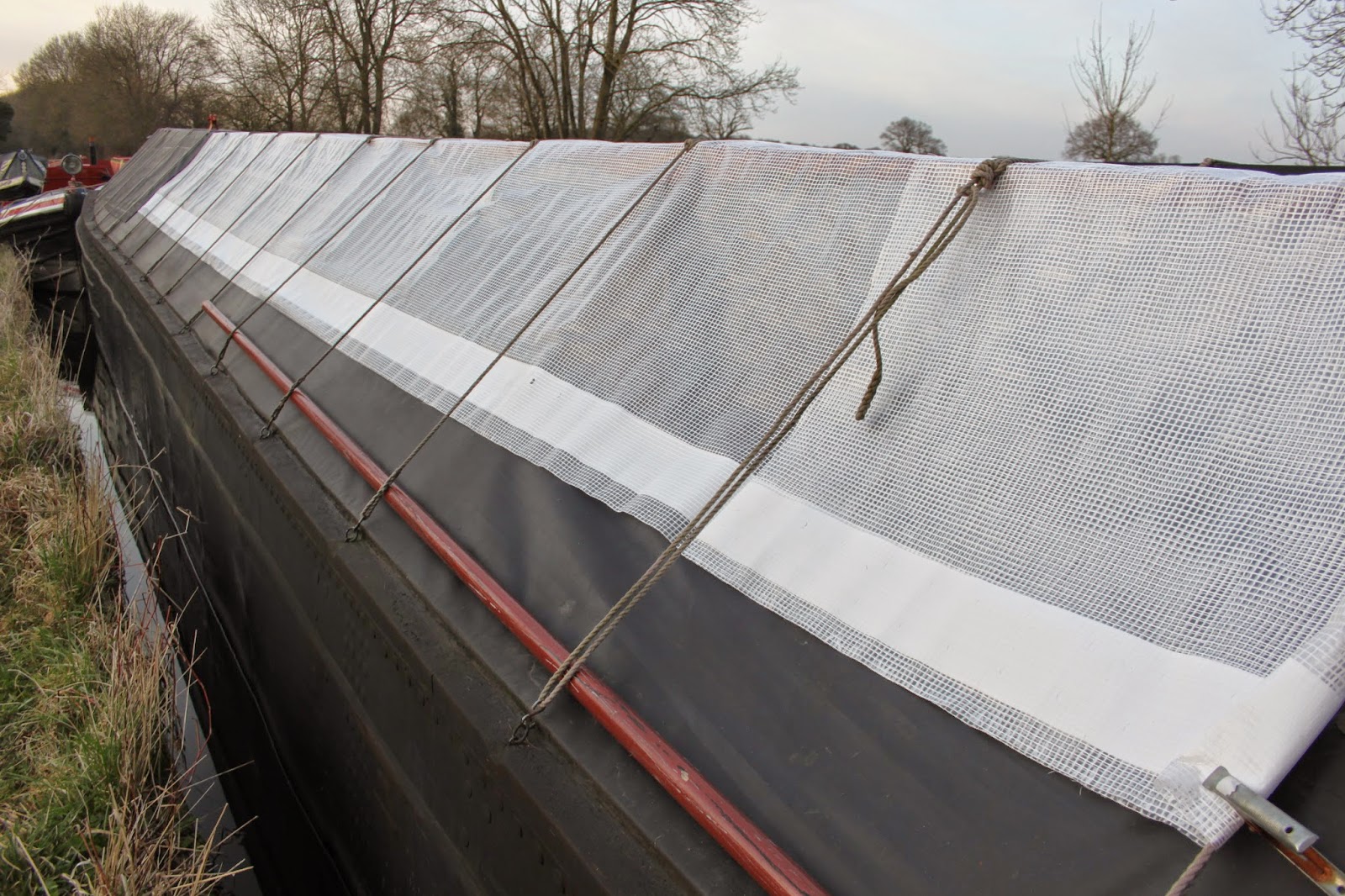 So last week I finally got around to buying a roll of translucent scaffold sheeting, having finally given up on salvaging any from a building site. It's two metres wide, making it pretty much perfect topcloth size, and reasonably heavy, at 170gsm. We simply unrolled it alongside the boat to get the right length and cut it off in a single section. It's held in place with the standard arrangement of strings, but if this proves insufficient, it has eyelet holes for bungee cord. The idea is to leave it like this for the summer, and then put the black cloths over the top in the winter or if we leave the boat for a while - or whenever we need to look properly historic. 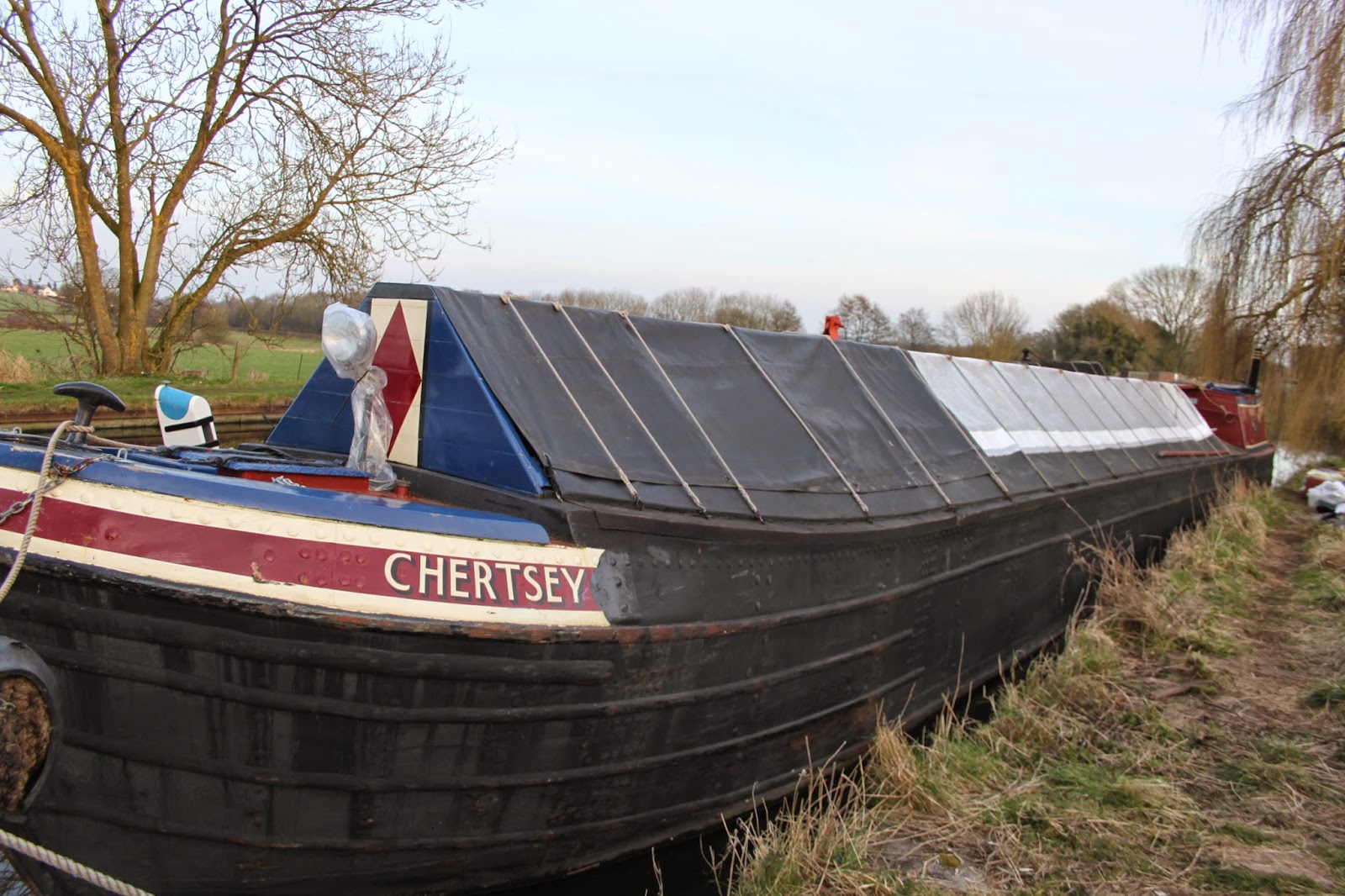 The shaped cloth stays on at the front, and this dark area will be the bedroom.

Now we can clearly see what a lot of work there still is to do inside the hold! 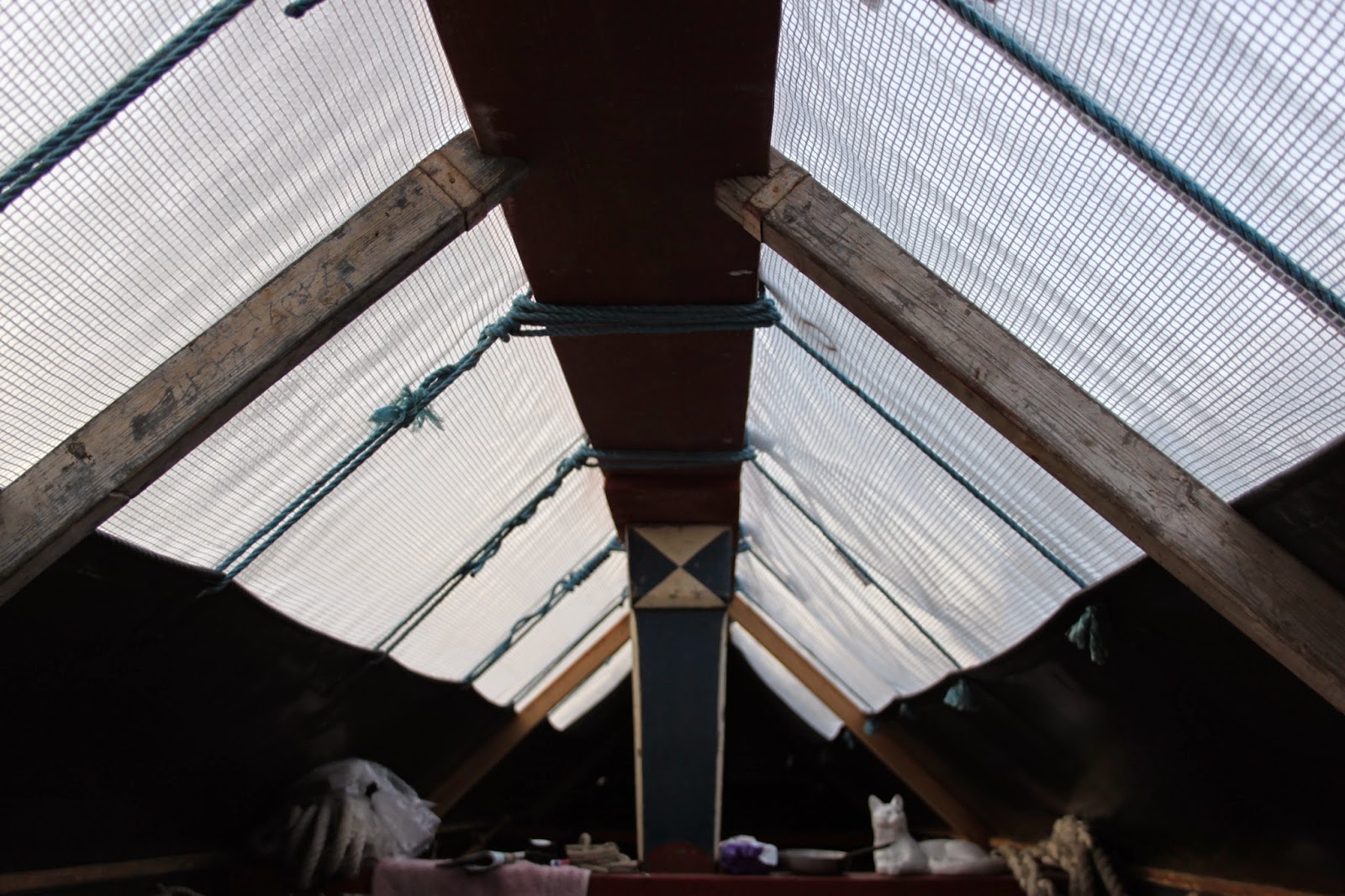