Of course the one thing I failed to consider when introducing Rocky to Jim is the effect it would have on Jim's burgeoning walking activities. Dogs = walks, no? Well, no, I have learnt; not if the dog is a greyhound, in which case the equation is more like dog runs around like a mad thing for two minutes and then sleeps for twenty two hours. Still, he is taking Jim on lots of short(ish) walks, taking full advantage of what the immediate area has to offer, as the 740 has thrown another electrical wobbly. Anyway, more or Rocky another time. 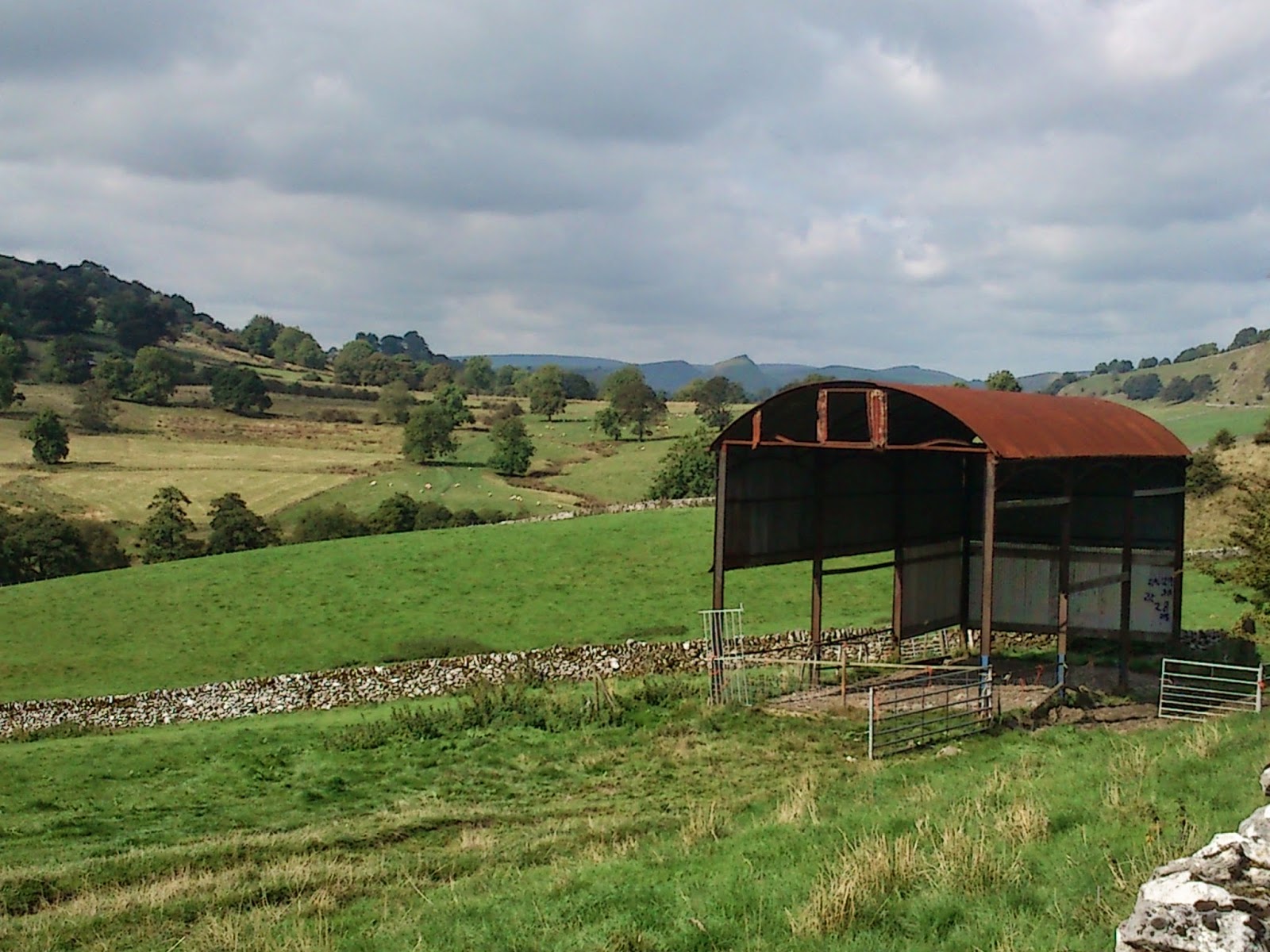 This is about me, me, me and the walks I've been on lately. Lots of 'em, including a sixteen miler - my record so far - last week, which I was pleased to accomplish without any ill effects. Often, when walking with the group, there's hardly time to admire the view, let alone stop and take photos. Also, as stunning, breathtaking and other-worldly as those views can be, once mediated through the camera they become, well, just pictures. Pretty pictures, sure, but the faintest shadow of the real thing, poor enough to be a misrepresentation. You'd think, so what is all the fuss about then. There's only so many arty shots of posts and barbed wire, and wry ones of hills that look like nipples (and many do; there must be some sort of geomorphological explanation. I asked a colleague last week what limestone's made of and she just threw a book at me (Rock Identification in the Field or something) so I Googled it. And so can you, if you really need to know).

Anyway, today I went for a walk with another colleague, her partner and their friend, and there was time to stop and stare, particularly at some sheep with sticky-up rabbit ears, and take some photos of the View.

We went from Hartington to Crowdecote (I'm guessing at the spelling here) for lunch, and back. This is further afield than I usually venture and entailed a longish, although not unpleasant, drive. I am told that at one point we had actually ventured into Staffordshire. 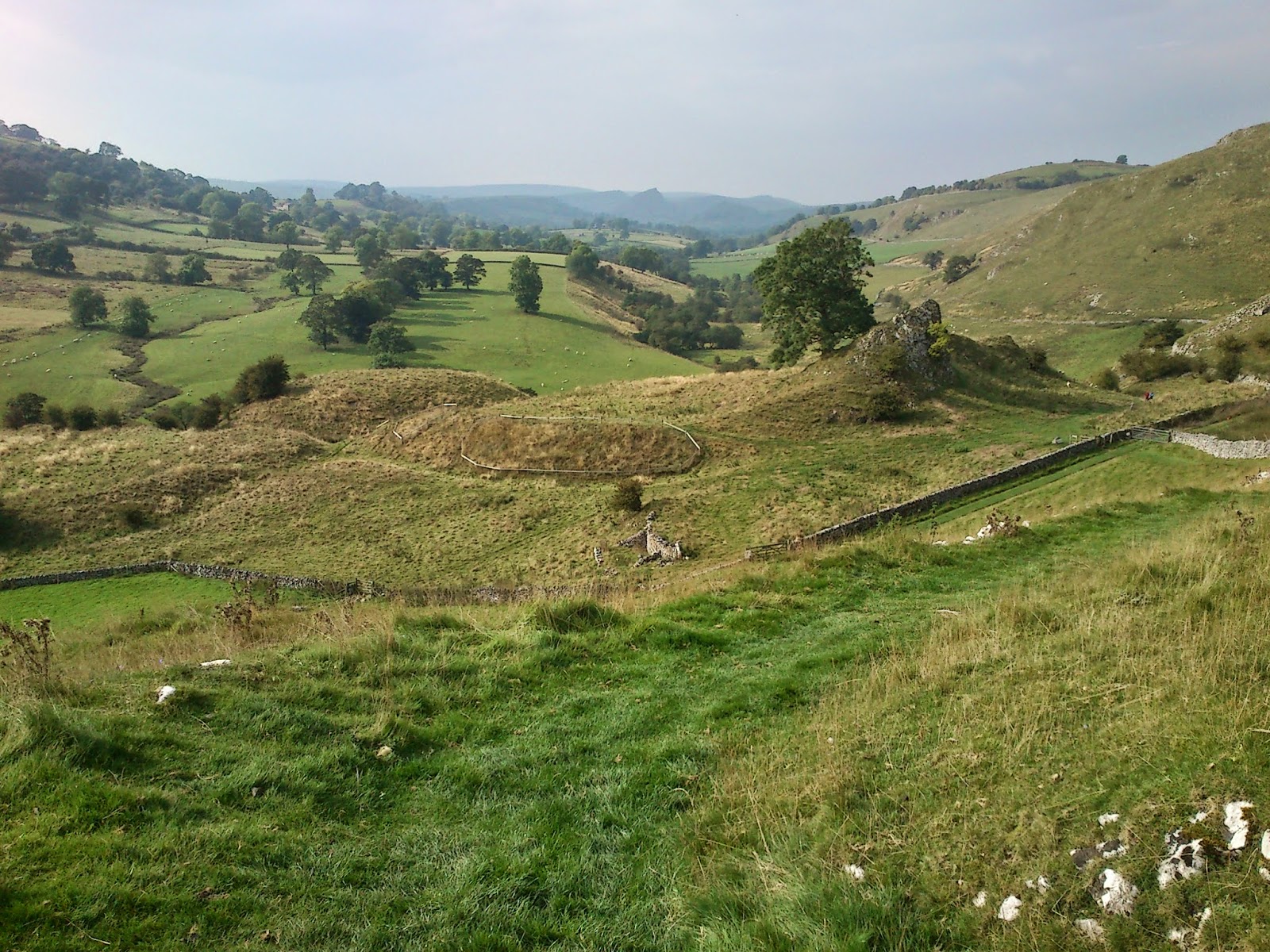 We stopped to admire the site of Pilsbury Castle, a motte and bailey construction of the eleventh century or thereabouts. I remember learning about motte and bailey castles at school; in particular being perturbed by the utter lack of any context and thus comprehension of their purpose. I hadn't given them another thought until today, when I learnt that this one might have been a Norman fortification to subdue rebellion (resistance?) from the north. Or it might not. No one knows really when it was built, or why, although we do apparently know that everything was made entirely of wood, presumably because there's now nothing to show for it at all.
Posted by Sarah at 21:06