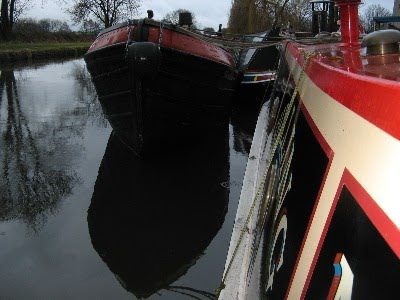 Last summer... it seems so long ago... Bill and Michelle brought Shilling to Stretton for blacking and an inspection and a bit of work. We said that we would take it back to their mooring for them after the work was finished. But there was more work than expected... then everything froze... then suddenly I had loads on at work... and it was starting to look as if we would never achieve the task. But, I am pleased to announce, at last it is in hand. I can't find more than three consecutive days, but Sebastian has a reading week coming up, so he and Jim are going to undertake the task. If it were only a week later he could be doing the 21 on the 21st, which is his 21st! I just realised that.
Posted by Sarah at 16:10