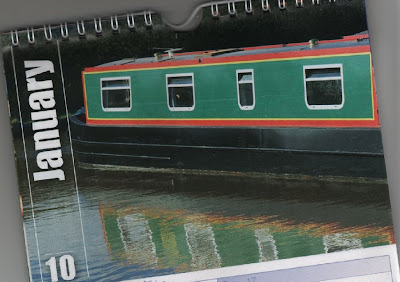 Finally, as promised, before it is torn away and left fluttering on the breeze... the January photo from the utterly unbelievable Uninspiring Waterways Photos Calendar 2010. Truly it took a genius to compile a dozen photos of such dullness, featuring so little interest - even allowing that some of them have been used twice. It cannot have been an accident. Just as a stopped clock is right twice a day, a random selection of waterways photos would have thrown up at least one or two that were interesting or attractive. But the publishers of this little gem have gone to enormous lengths to weed out anything that might catch the attention or heaven forbid set the heart a-flutter. MRX Calendars, we salute you.
Posted by Sarah at 15:58