Today I took my library books back 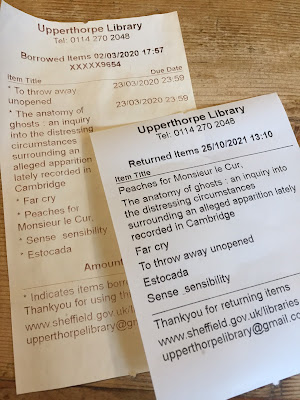 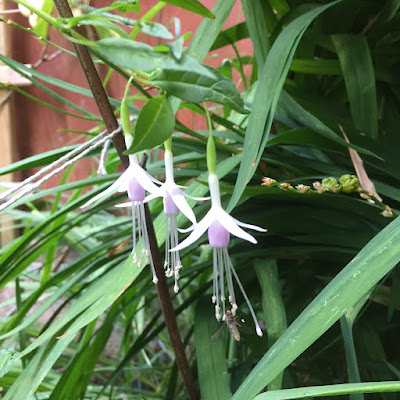 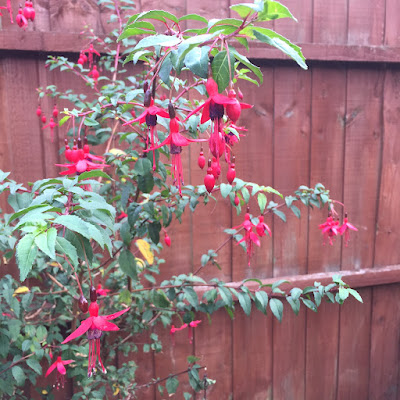 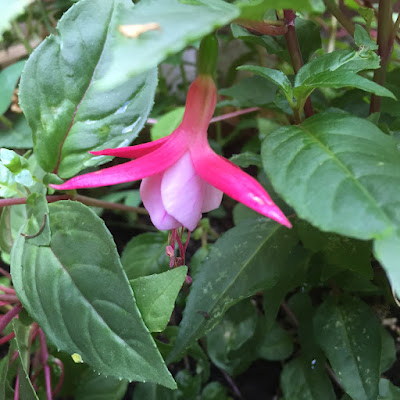 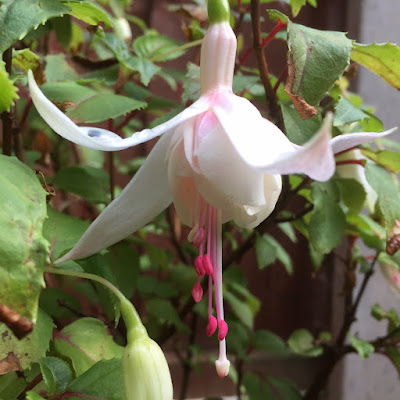 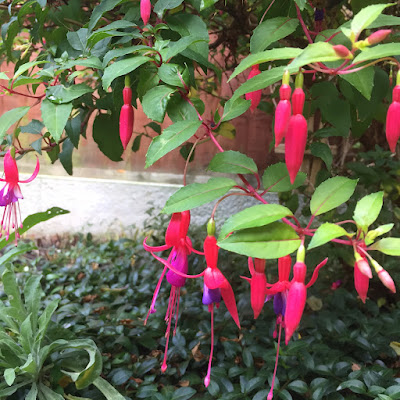 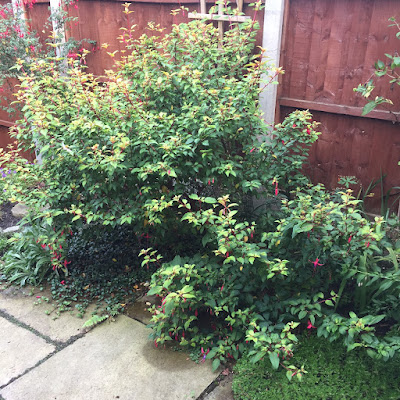 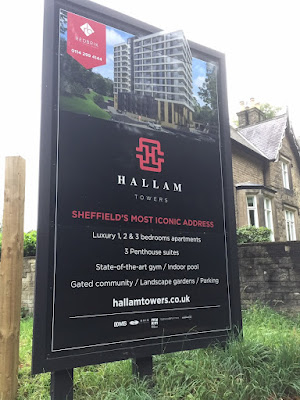 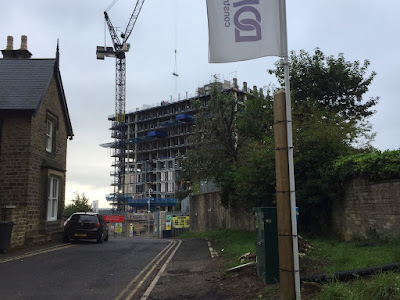 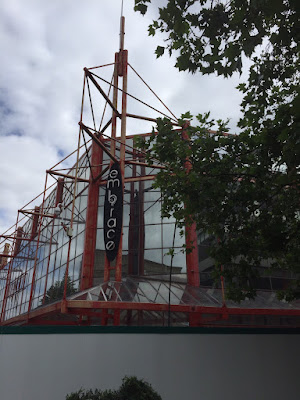 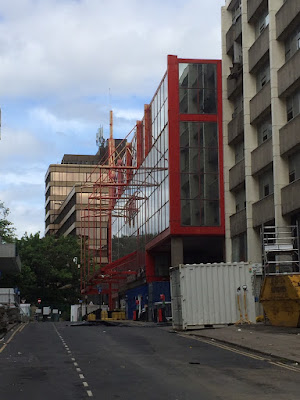 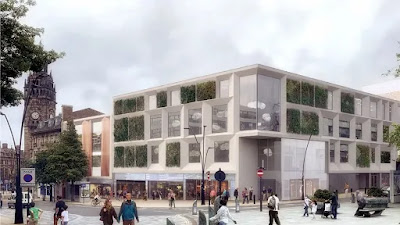 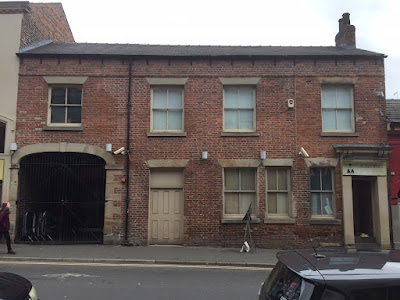 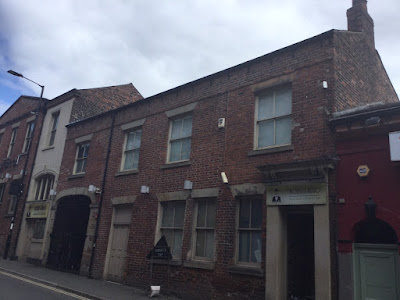 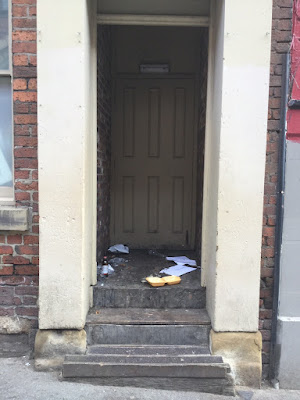 In the course of landing the four jobs (two fixed term and two open-ended) I've had in HE since 2003, I applied for somewhere in the region of 300, and probably had 20-30 interviews. Once you get to the interview stage you can't help but star to fantasise, and research online, where you might live.

The one that sticks in my mind was when I had an interview for a Philosophy post of all things, at Manchester Met's Alsager campus. The estate agency website's most attractive offering in the area was at 13 Primitive Street, Mow Cop (presumably named for a Primitive Methodist Chapel).

I was reminded of this by this location spotted near Hillsborough Barracks. 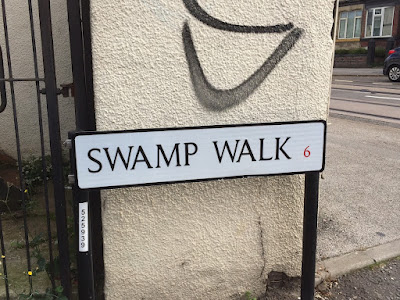 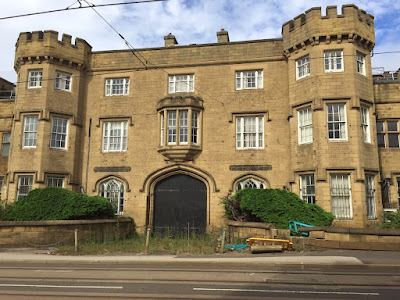 A very quick post-work walk, along a familiar and not at all pleasant route. Hillsborough Barracks is situated on the Langsett Road, where I regularly used to walk, and even run, early in the morning. I even knew the distance before I set out, as the far entrance was the marker for my first mile on that route. 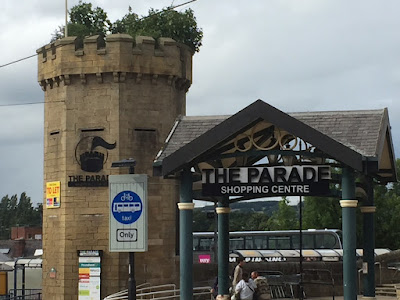 As you can see, the site is now a shopping centre. 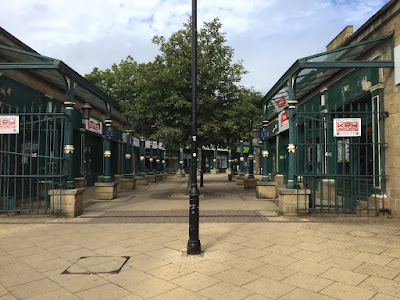 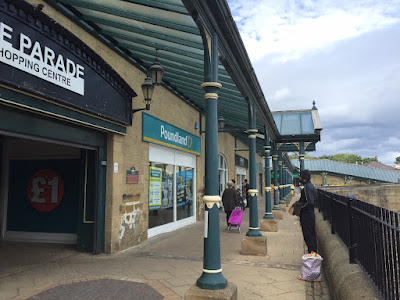 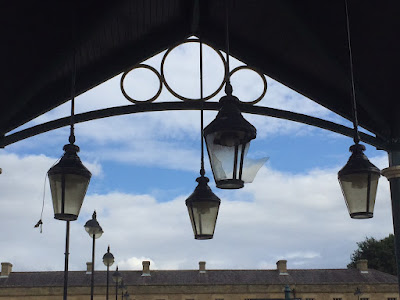 with many empty units. There are a few charity shops, and this formed part of one of my chazzering circuits, taking in the ones at the Barracks followed by those on Hillsborough's main shopping street.

The Barracks was built between 1848 and 1854 and was one of the largest in the country. Military presences were common in cities and one of the reasons for the massive contingent in Sheffield was the Chartist riots of 1839. These began when troops were called in from the earlier barracks at Hillfoot to break up an illegal, but previously peaceful, gathering on August 12th that year. The Chartists were a national movement, calling for democratic reform, including the vote for all men over 21, payment for MPs, the removal of the property qualification (the requirement that someone own property of a certain value to be eligible to stand for parliament), a secret ballot, equally sized constituencies, and annual parliaments. Following the 1839 riots, in which the government forces were seen by many to have over-reacted, Chartist membership and radicalism grew in Sheffield, with frequent demonstrations and real and imagined plots to stage riots and take over the Town Hall. Hence the perceived need for a strong military presence, not only in Sheffield, but in many other industrial towns too, as working men agitated for their political rights. 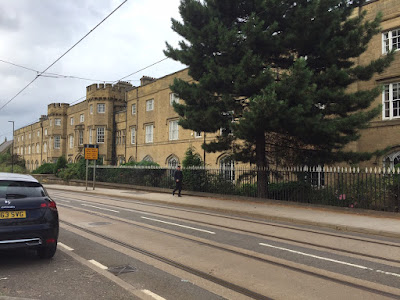 The turreted building fronting onto the Langsett Road was the officers' quarters and mess, with a chapel at the far end. 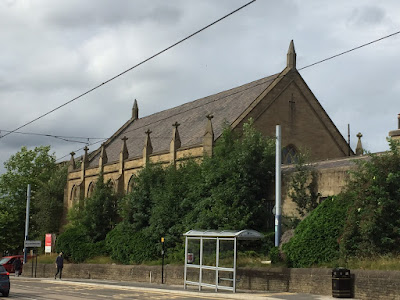 One parade ground is now a car park 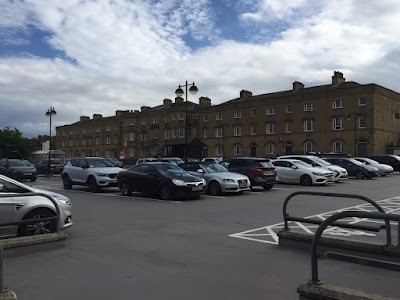 The other, beyond the stables, has had an enormous Morrisons built on it. 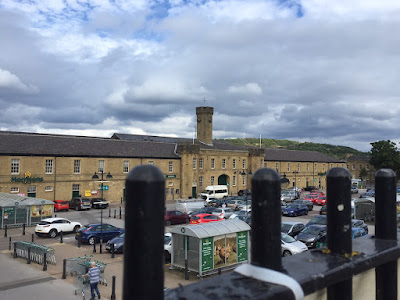 If you look above the ground floor windows in the top photo, you'll see neat black shapes on the stonemwork. A similar phenomenon can be seen on this wall. 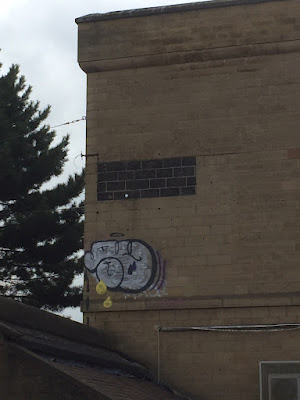 These blocks of black haven't been painted on; they're where there was a sign, which was in place when the stonework was cleaned but subsequntly removed. I don't know when the cleaning was done, but prior to then, the buildings - all the buildings - were that colour all over.

With the addtion of a little bit of wandering about, this walk was a fraction over two miles, on Wednesday August 11th.