In researching this post, I have for the first time encountered the concept of a 'nail house' - originating in China, this is a property whose owners have refused to sell to a developer, forcing the development to be built around them. 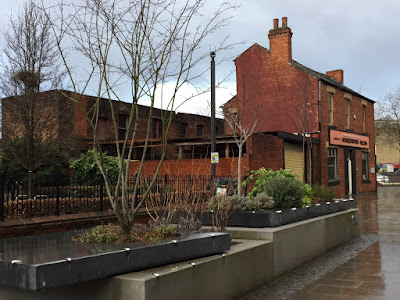 The most famous example round here - at least as far as the University is concerned - must surely be the Henderson's Relish works, who for decades refused to sell up while shiny (and now not so shiny) university buildings mushroomed around them. Inevitably, a few years ago the University finally did purchase the site - but at least now the building has become so iconic they've promised not to knock it down. I took a couple of photos of it the other morning as I was struck by seeing the back of the site for the first time. 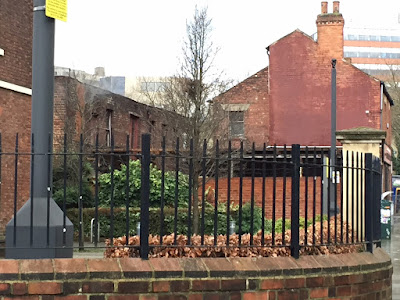 The surroundings have changed since I wrote about it  a couple of years ago, but nothing much seems to have happened to the building - nor to the University Arms...

However, what really prompted this post was another building, even more starkly surrounded by new build, and considerably more stubbornly untidy and working. 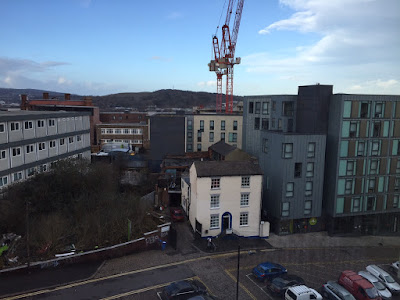 I've seen the big house on Broad Lane, of course, but it was only from floor E of the Pam Liversidge building, where I'd not been before, that I noticed McCague's garage behind it. 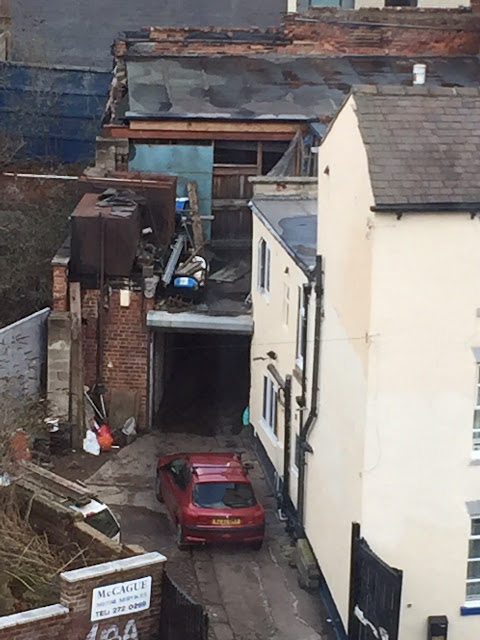 I love these stubborn relics, making the place untidy. I reckon there are probably a fair few more clinging on, so I'll be keeping an eye out for Sheffield's 'nail businesses'.
Posted by Sarah at 06:00