A sea of blue

I was rather disconcerted on arriving at Sheffield Basin (nothing will induce me to call the place 'Victoria Quays') to find that the rebranders had been out in force. 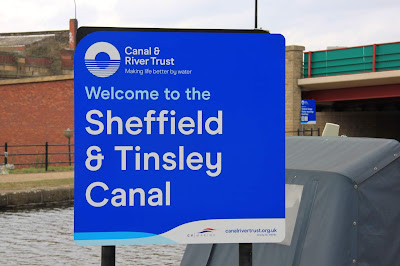 I hasn't realised, to be honest, that CRT's 'sinking tyre' rebranding was going to be quite so blue. 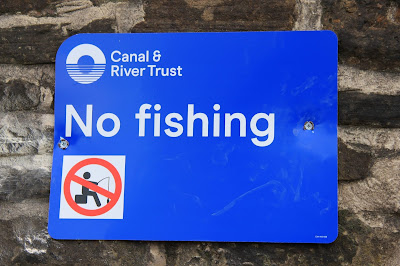 Or quite so all-pervasive... 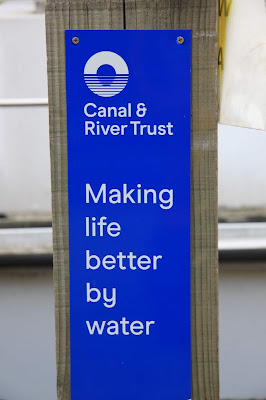 I'm not sure that Margi really understood my small cries of distress... 'But it should be black and white. It's always been black and white. Black and white is just what it is... What next, blue lock beams? (Ssshh - I wouldn't put it past them). I was going to paint my front garden railings black and white, because...

And not only has a rash of blue broken out around the basin. 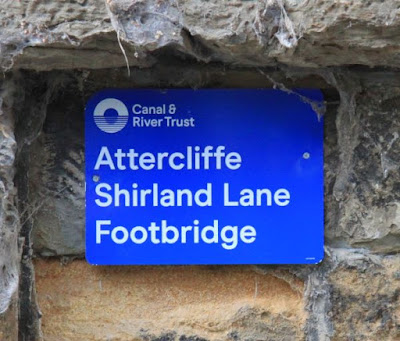 They've clearly been out on a boat 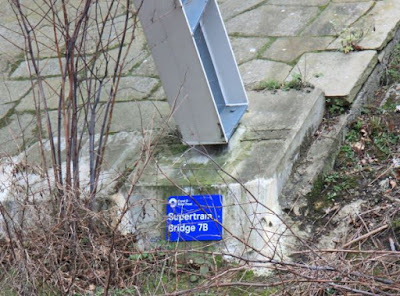 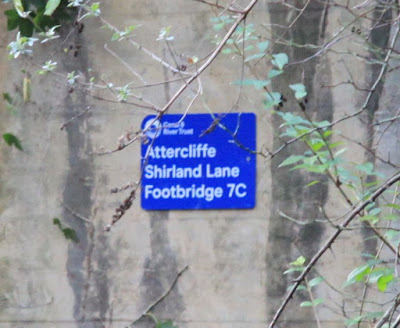 But I'm pretty sure - though I'd have to go back and check - that they've labelled some of them wrong. For a start, that one above, labelled Supertram Bridge 7B is, I'm pretty sure, a footbridge. Put it this way, I never saw a tram go over it, but I saw at least three crossing the adjacent, far more robust-looking one. 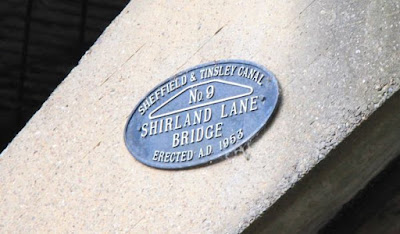 Is Shirland Lane footbridge 7C or 9? 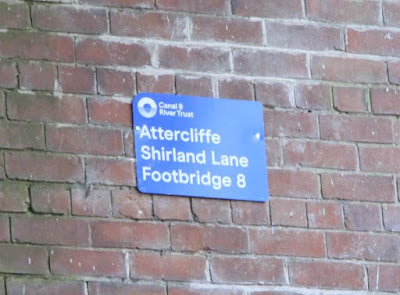 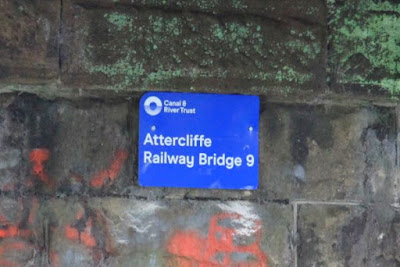 It's possibly just as well they gave up before they got much further.
Posted by Sarah at 06:00