This may take a few more posts, as I've quite a few photos. Hopefully though for once this is actually interesting stuff, as we continue to trace the proposed route of the soon-to-be-restored Chesterfield canal.

The Chesterfield Canal Trust's survey showed, as they has hoped, that the first section of the Norwood tunnel (from the Kiveton Park end) is sound and in useable condition. To get around the blockage though, the canal will come up out of the tunnel about here 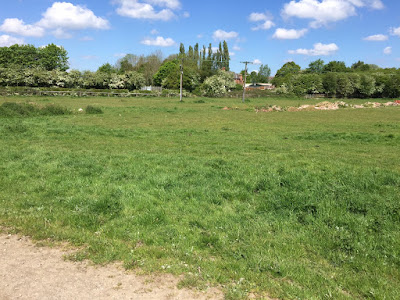 and then continue in a cutting that will diverge from the original course.

Here the old course of the tunnel is the broken grey line, and the proposed new cutting outlined with the broken red lines. The broken blue line is the proposed re-opened tunnel section, and the yellow line shows that we walked directly along it.  The map also shows a proposed new marina, which at the moment is doing service as a fishing lake. A few anglers are going to be diasppointed when the boats finally arrive. And here is the marina car park: 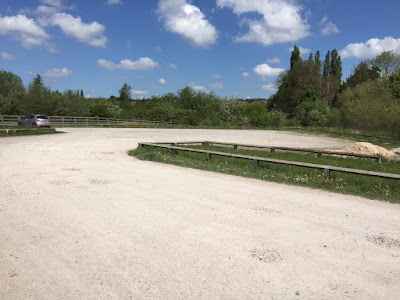 Another significant obstacle will be the M1. 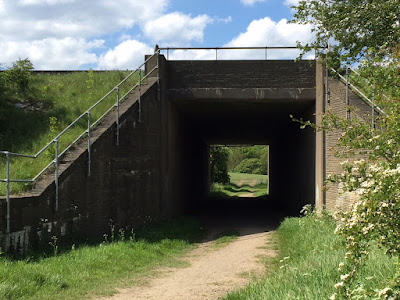 Somehow this bridgehole will be adapted to take both the farm track and the canal. 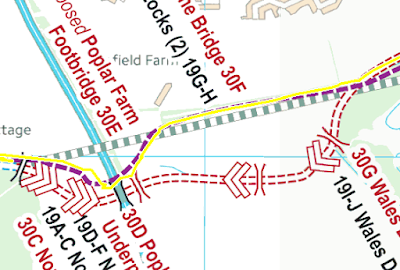 Shortly after the motorway, the proposed detour rejoins the old line, at the other end of the tunnel. 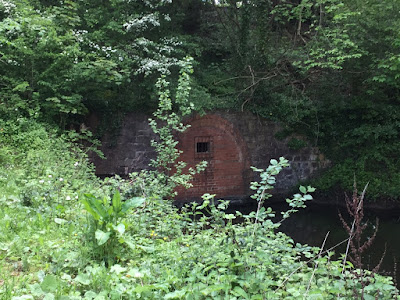 Where I will pick up the trail again tomorrow.
Posted by Sarah at 06:00