So let's start as I did, with the river: the Bristol Avon. (What's the other one called... Warwickshire?) 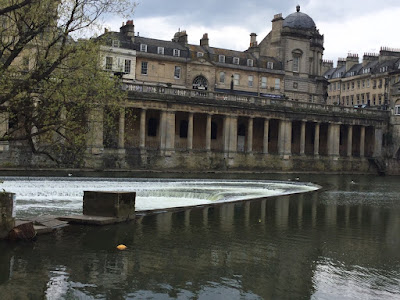 Even within Bath, there were two distinct aspects to the river. Above the head of navigation, in the city centre, it was gracious; the perfect foil to the city's celebrated architecture. 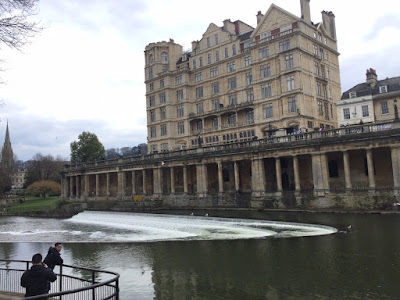 Flowing under, as well as past it... 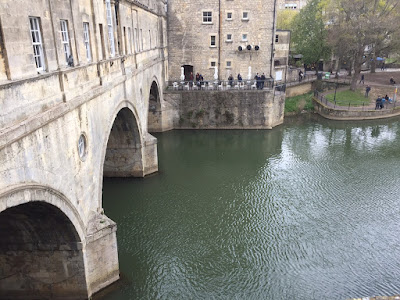 Pulteney Bridge is one of only four in the world to be lined with shops on both sides (two of the others are in Italy, as you might expect, and one in Germany, which you might not, but they're all in Europe, which is somehow more surprising still). And just to the right of the building there is Pulteney Radial Gate, 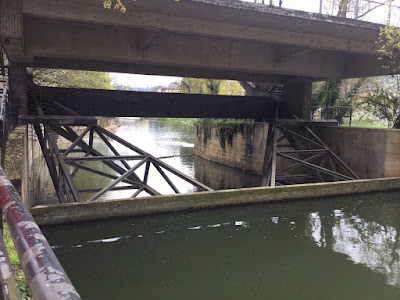 which along with the weir is part of a 1970s flood prevention scheme, built after serious flooding in the 1960s but due to be removed as part of a big upgrade to the flood defences, the reasons for which we'll come to in a moment. 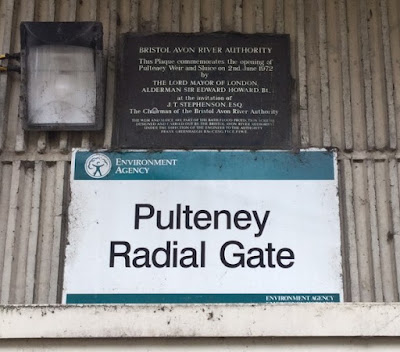 So that's the pretty bit of the river. To be fair there isn't really an ugly bit, but there is a plainer, more mundane, one - although maybe not for much longer.

No prizes for guessing which bit I liked best. 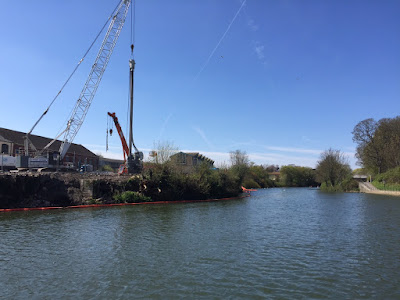 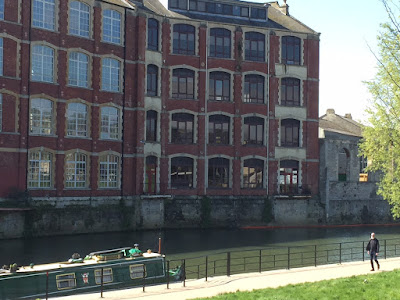 There's a fair bit of regeneration going on, with new paths, and what might already be the beginnings of the new flood defence scheme, necessitated both in anticipation of rising sea levels and the redevelopment of this riverside area... or 'quarter', if you insist. 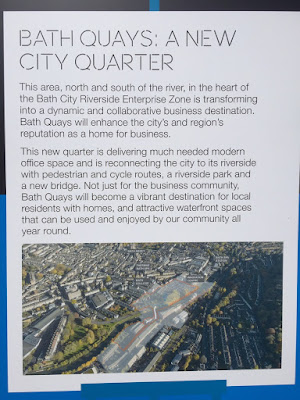 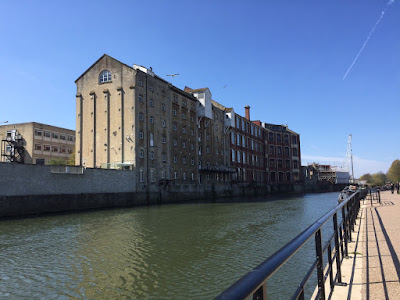 But I wonder what it was like before all this started 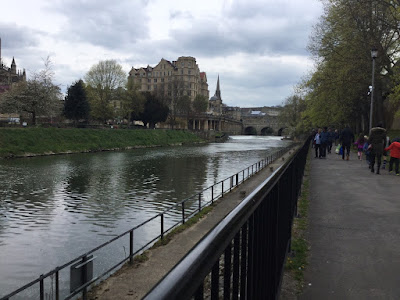 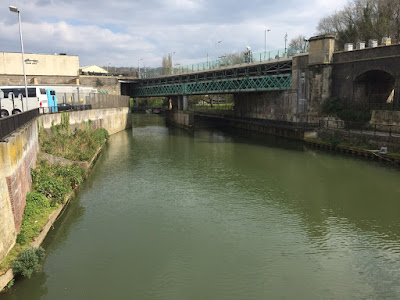 Here the river is channeled between concrete banks 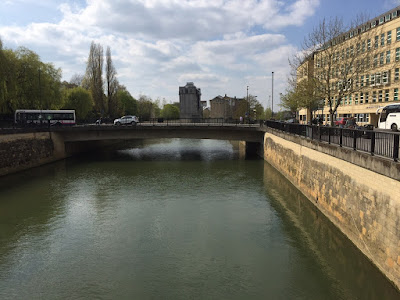 Where there used to be busy quays, and soon will be coffee shops.
Posted by Sarah at 06:00