A sense of abandonment

Walking the Sheffield and Tinsley Canal (1)

This is the most abandoned stretch of canal I have seen that isn't actually abandoned. More so by far than the Coventry as it struggles into the city of that name; more even than the far flung outposts of the BCN, which at least has the BCN Society to love it. 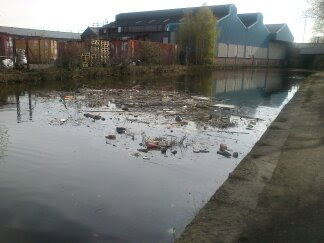 I tried to find a Sheffield and Tinsley Canal Society, and failed. The South Yorkshire and Dukeries branch of the IWA apparently organised a clean-up only a couple of weeks ago, so I found myself, most unexpectedly, at the weekend, rejoining the IWA. 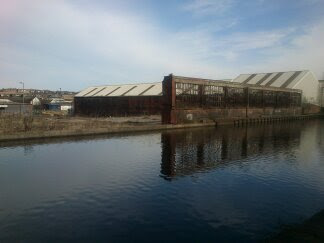 There were runners and cyclists and fishermen - in dribs and drabs rather than droves - but not a single moving boat until I got to the locks. And to be honest, I would think twice about negotiating this rubbish, rope and plastic bag strewn stretch even if I could. 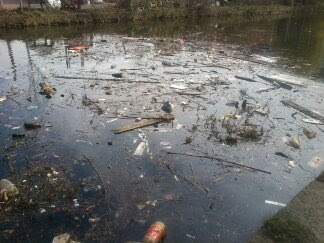 This is a canal that feels unloved.
Posted by Sarah at 17:35