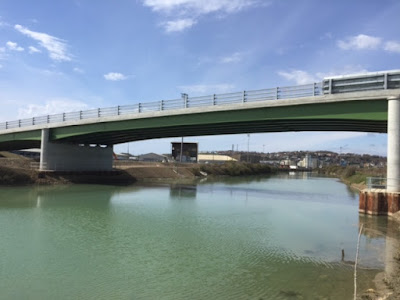 For nearly as long as I lived in Newhaven, there was talk of a new Port Access Road, that would (along with many other proposals, as reported by the Susses Express from time to time) bring prosperity as yet undreamt of to the town. Planning permission was first granted in 1996, and construction started, then stalled, in 2007; restarted in 2015, and got going seriously in 2019. The County Council's timeline though rather optimistically states that it was completed in 2020. It does not look quite complete yet.

However, what we do have is a really rather impressive new bridge, taking the new road across both the railway line and Mill Creek (the tidal creek that provided the head of water to operate the flour mill around which Tidemills village developed).

The bridge was constructed last summer, and the spans are  made from steel beams some of which are very long (the New Steel Construction website says 46.7m, but they also give this as the width of the central span, which is clearly made up of three sections bolted together - you can see them doing it in the video too. The outer spans are 37m and are also made up of more than one length. However, the central beams of the middle section are still clearly pretty damn long). These came in by road (I think from Birmingham) which necessitated the removal of road signs so that they could negotiate Denton roundabout. This was covered on the local BBC TV news but sadly I cannot find  the footage to link to. What I can offer is the contractors' video of the installation. Which is quite stirring. There are also some amazing high definition (if somewhat seasickness-inducing) panoramic photos of the project here. 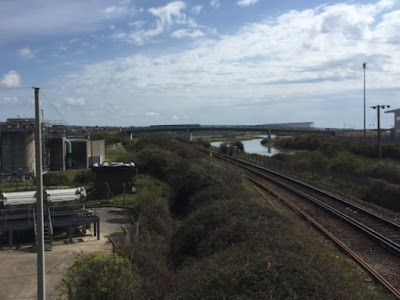 Here you can see it in the distance from the footbridge over the railway line off Beach Road. And below, approaching it from the other direction: 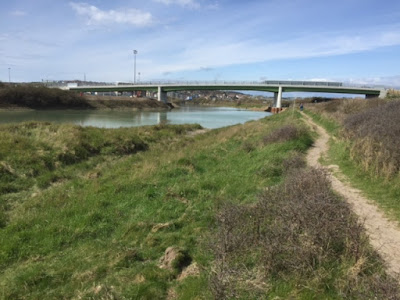 It's very exciting having a new bridge, even if it doesn't have rivets. 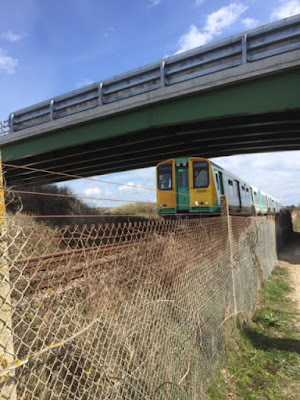