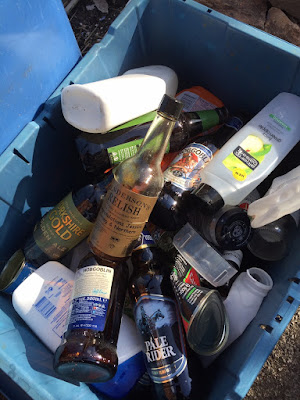 When I moved to Sheffield in the autumn of 2012, the crew of Warrior welcomed me with a bottle of the local delicacy, Henderson's Relish. I'd already experienced it, on a meat and potato pie (with peas) that Linda brought to Langley Mill a year previously, so I knew that it was both tasty and versatile - whether on chips (or peas) or in a stew - and also vegan. The bottle they bought me was a special commemorative one, celebrating local lass Jessica Ennis' 2012 Olympic gold medal. 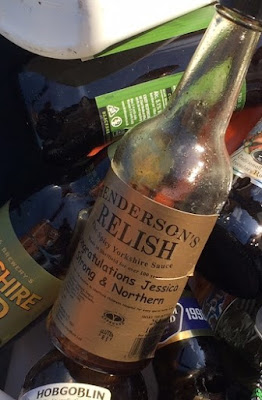 So... ahem... Nearly five years later, in a lentil stew last night, I finished my first bottle of Hendos. It's top of the shopping list to replenish - but it is a little embarrassing that it's taken me that long.

I know there are at least two other Sheffield residents who read this blog... How long does a bottle of Hendo's last you?
Posted by Sarah at 20:18