At Alvecote I always make a beeline first for the Chesterfield Canal Trust's stall. Apparently they had their most successful weekend ever there, and I'm pleased to say I made a contribution. As well as the long throw ally windlass and the (also ally) tiller bar for the PLs, I bought a few books - some good finds this time I think. First, a couple of classics which can be quite hard to find: 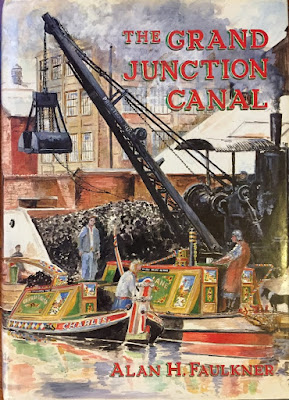 This is the one I am most likely to read - in fact, I have already started. It must be admitted, however, that knowledgeable as Alan Faulkner is, his style could fairly be described as soporific. Or perhaps that is the sunject matter. Somehow all the drama of the planning and building of the canal is rendered in a very flat prose style. 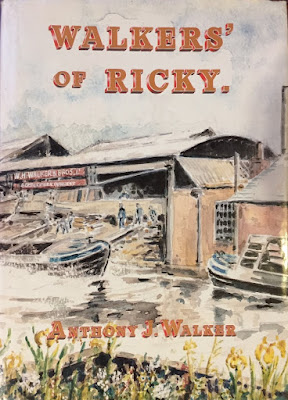 This I thought was the rarer volume, although it cost me less (£3 to the Faulkner's £10). I'm not really the one who's interested in Rickies, other than the GU connection, but there are some fabulous photos in it.

Then I picked this one up for another £3 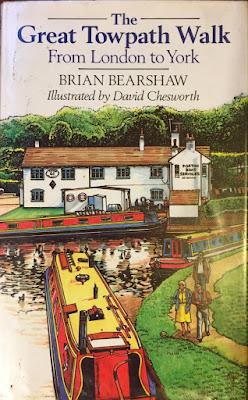 and have started to read it. So far it seems readable enough, though I might tire of the breathless reworking of various blue plaques and tourist information leaflets.

in the light of Chertsey's connection with the restoration. It's a 1974 guide, complete with lovely dated adverts (including the ever-popular '"Gay" Cruisers' (their quotes)). I am fascinated and mystified by these spongey pads on the inside of the back cover: 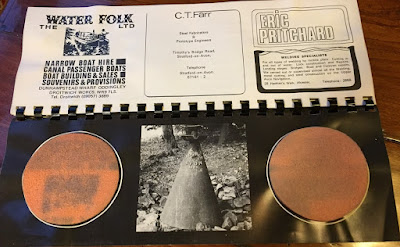 No one on the stall knew what they were for. My best guess is that they were meant to provide some sort of non-slip quality for when you had the book open on the slide or cabin top. I've seen the material before somewhere but I can't place it. 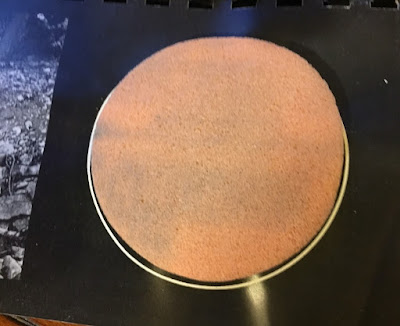 It's synthetic, more fibrous than spongey really (although with a springy quality) and about 3mm thick. Any guesses - or knowledge - as to their purpose?