Getting into West Stockwith: The illustrated version 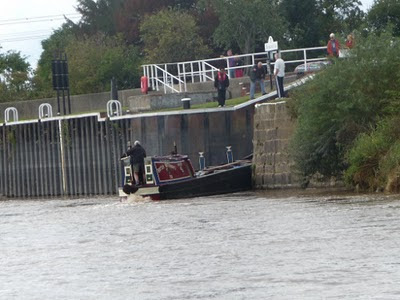 Here, thanks again to Kate on Ding, we are actually getting into West Stockwith Lock. We'd got there a bit early while the tide was still flowing reasonably fast, and turning straight in, it quickly became clear, was a non-starter. so Jim turned Chertsey around in the river and we crept in against the tide. It was at this point that I was worried about getting too close to the bank, but sitting later watching other boats come in, they all seemed to hug the wall like this. 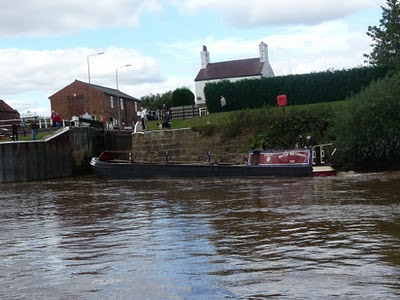 Then there was the effort of getting the back of the boat round against the flow before being swept past the lock. We made it, but it was harder than it was on Warrior. 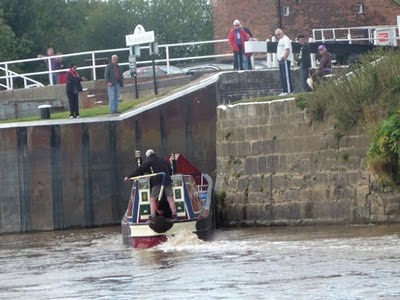