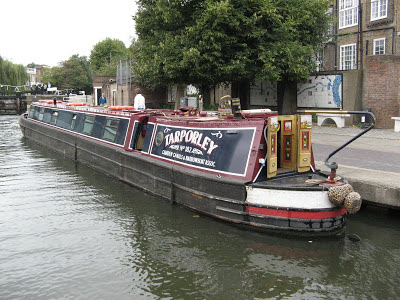 I've had to cross the year with this set of memories, as the amazing opportunities that led to them came thick and fast. In October I signed up as a volunteer with the Camden Canals and Narrowboat Association, which eventually led to my qualifying as a community boat 'skipper' and taking Tarporley out with its first ever all-female crew (yup, in 2009. And when we got some crap on the prop, apparently that was the reason). In between signing up with Tarporley and my first steer of her, though, I had my first brief go at steering a full length boat courtesy of meeting Warbler on the small-scale but newly reinstated 2008 Jam 'Ole Run. Those were indeed the days when I could loiter all afternoon around Berkhamsted before going into work for the evening. 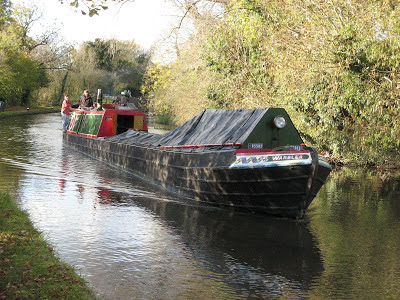 My work with Tarporley - I was marketing manager as well as a steerer - led me to meeting fellow committee member (the late, great) Bob Wakeley, who owned Chiswick. Incredibly generous with his time and with his boat, he invited me, a steerer of very little experience, to join his crew for a trip from Aylesbury to Paddington. 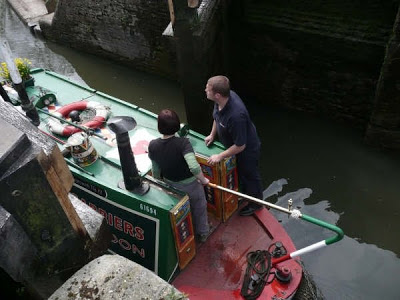 It was this trip, under the tuition of James Bill (then of Archimedes and Ara) that did more than anything to set me on the path to becoming a semi-competent steerer. At one point as we were coming down the Aylesbury locks, I realised that I was the only person on the boat. I have a photo of that on my wall, and am looking at it as I write. Chiswick, then, was the first Big Woolwich I ever steered - and it's notable that in all my accounts of steering these big boats for the first time - even the heavily converted Tarporley - that I remark on how intuitive and responsive they are to steer. 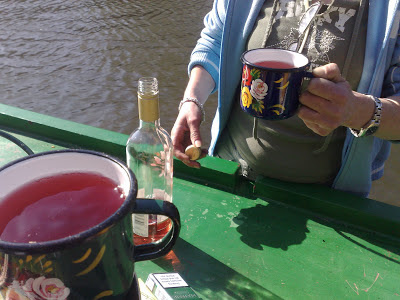 Another Tarporley volunteer who started at the same time as me - and was part of that all-female team - was Penny, who in her other life was a wine manager for Waitrose, and introduced us to the delights of Blossom Hill rose, which you can see us enjoying here on Chiswick at the Little Venice Cavalcade.