Further on down the road

Firstly, thanks to Starcross Jim for his explanation in yesterday's comments for why Holmfirth and Huddersfield are indeed the palces you'd want to know the distance to.

Usually when I've been running (or walking) along this road it's been pre-dawn (yes, that's how long ago it was) and I haven't had the chance to have a good look round or take photos. On Monday I made up for that - to some small degree anyway. 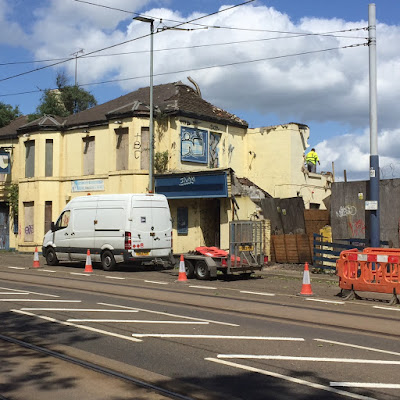 At the Langsett end, I noticed that demolition of the Burgoyne Arms has begun. This pub has been derelict for a long time. I've not checked out planning applications but I'd put money on it being replaced with housing. 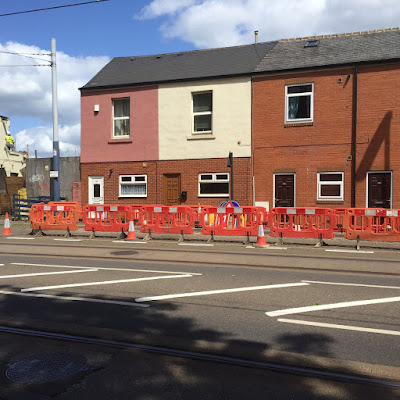 A number of derelict shops along here seem to be getting a new lease of life as houses - and some are just derelict, and some, it seems, are still in some kind of use (although I wasn't going to photograph the mysterious outlet, clearly a former newsagent, with half-empty shelves and no glass in the door). I should have cropped both those photos, but just think of it as bonus tram rails.

I meandered off just then to try to find out how long the Burgoyne Arms had been closed for, and came across a CAMRA list of derelict pubs in Sheffield. The list dated only from 2017, but at least two of them are now back in use (and overdue a visit from me). I then found my way to Sheffield CAMRA's website and thence to thoughts of rejoining and getting involved in the local branch. You can never have too many Men With Beards.

Back to the Langsett Road - or the Middlewood Road as I think it is by this point. Here is the former Hillsborough Park Cinema, opened in 1921, closed in 1967. 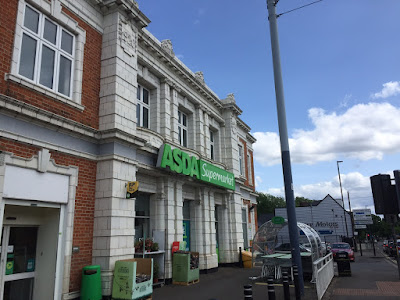 And here's a superb ghost sign, mostly preserved by having had a billboard over it for many years - you can see how the right hand edge has faded to nothing - or more likely, been cleaned off. 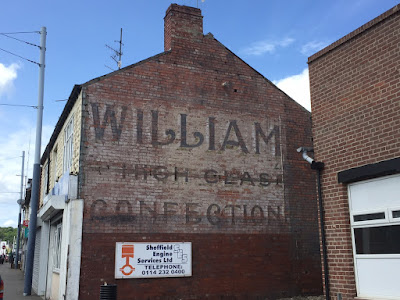 I also took a stroll through Hillsborough Park for the first time, and visited the Hillsborough Walled Garden, which was charming.

From tomorrow we'll be boating (albeit briefly) and I'll be posting by email - at the end of the day, not the beginning, so don't panic!
Posted by Sarah at 18:59