When it rained on our parade

The weather was on the whole magnificent. When it did rain, it was good enough to do so at night (and on at least one night served well in keeping disruptive local youth - yes, in Stratford - away.

There was one exception though. Braunston, Saturday June 28th, on the morning parade. The only time I have been wetter while fully clothed was when I fell in at Droitwich. 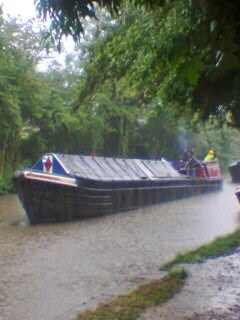 Thanks to Sarah of Algonquin for the photo

Never mind. It was a good opportunity to don my sou'wester in front of an appreciative audience and demonstrate general indomitability.

Because it was a Grand Union year, we got to tie up in the Arm, where it was still raining. 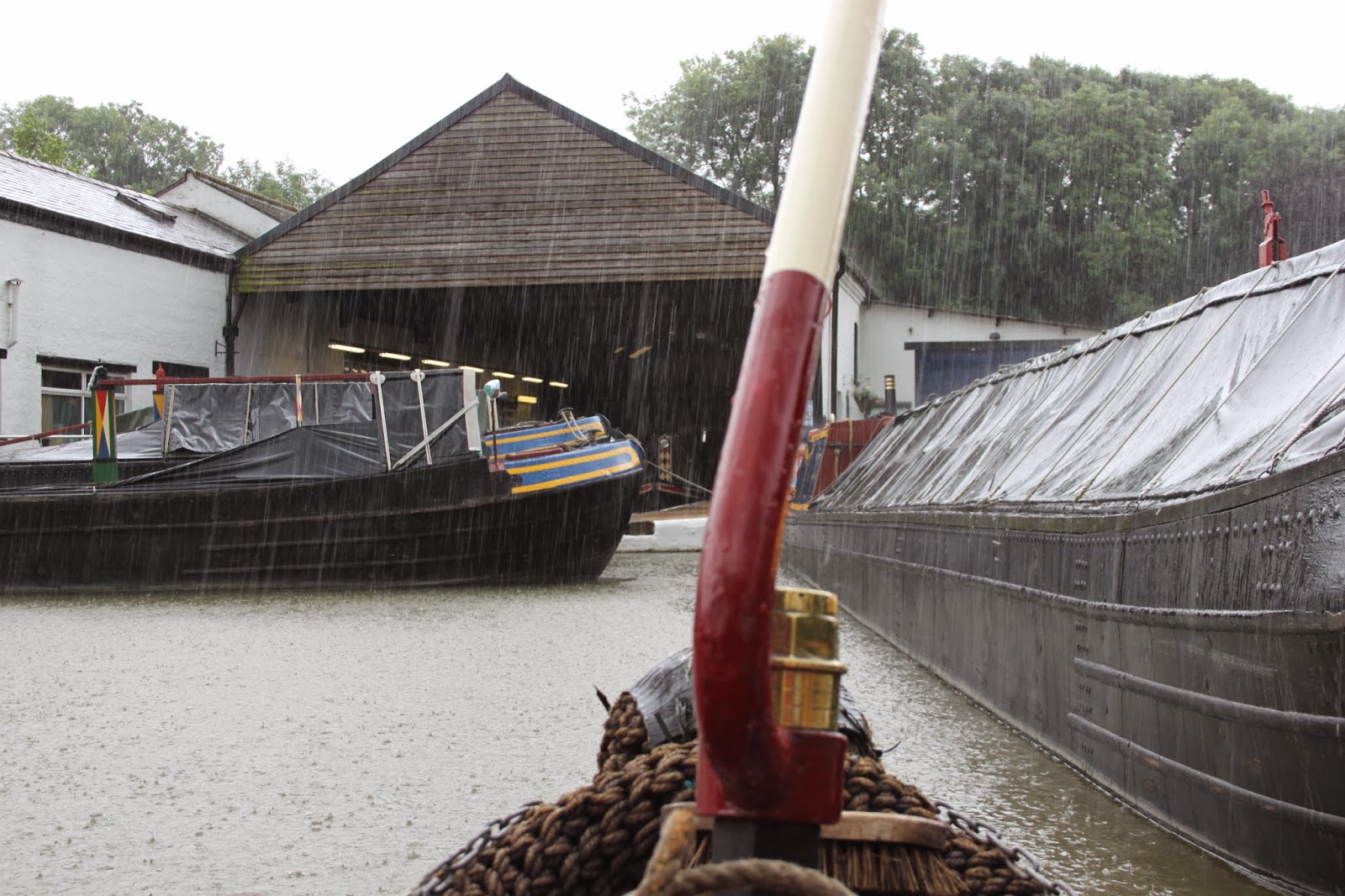 We'd feared we might be disturbed by the loud music from the beer tent, but avoided this by going to the pub.... Actually, I think we went to the Nelson with the Herbies on Wednesday, and the Boat House with the Owls on Friday, so perhaps we did go to the beer tent on Saturday... Yes, we did - crowded in to get out of another downpour and by sheer luck managed to get a table near the front. And the music, though quite loud, was worth listening to.

When we got back, the rain had just about stopped. 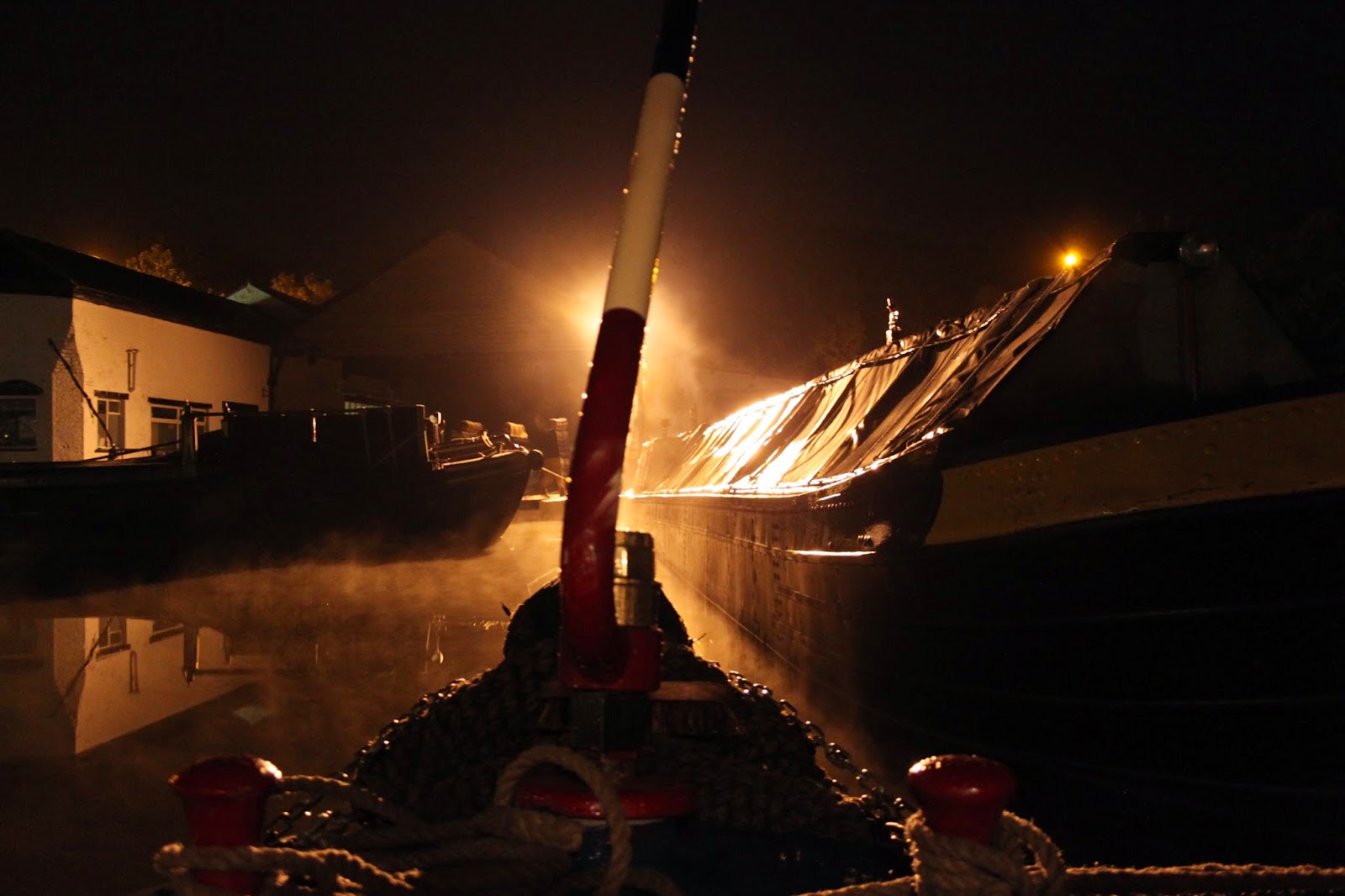