I didn't buy any new shinies at Braunston this year, though a purchase or two was made in Stratford (which I fear I have omitted to photograph, but all will be revealed eventually) 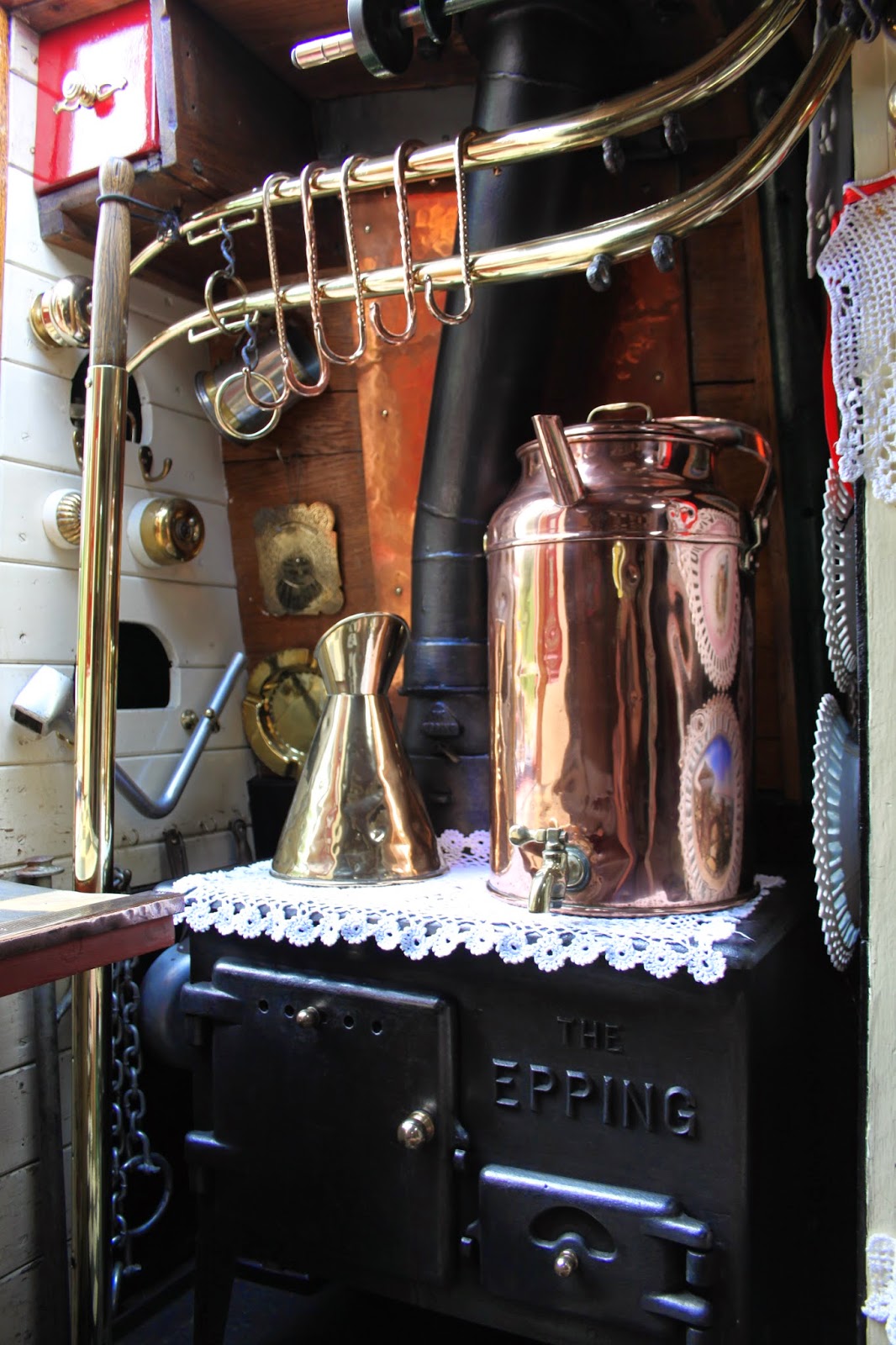 However, I did polish up the existing brass (of course) and here it is looking a treat. 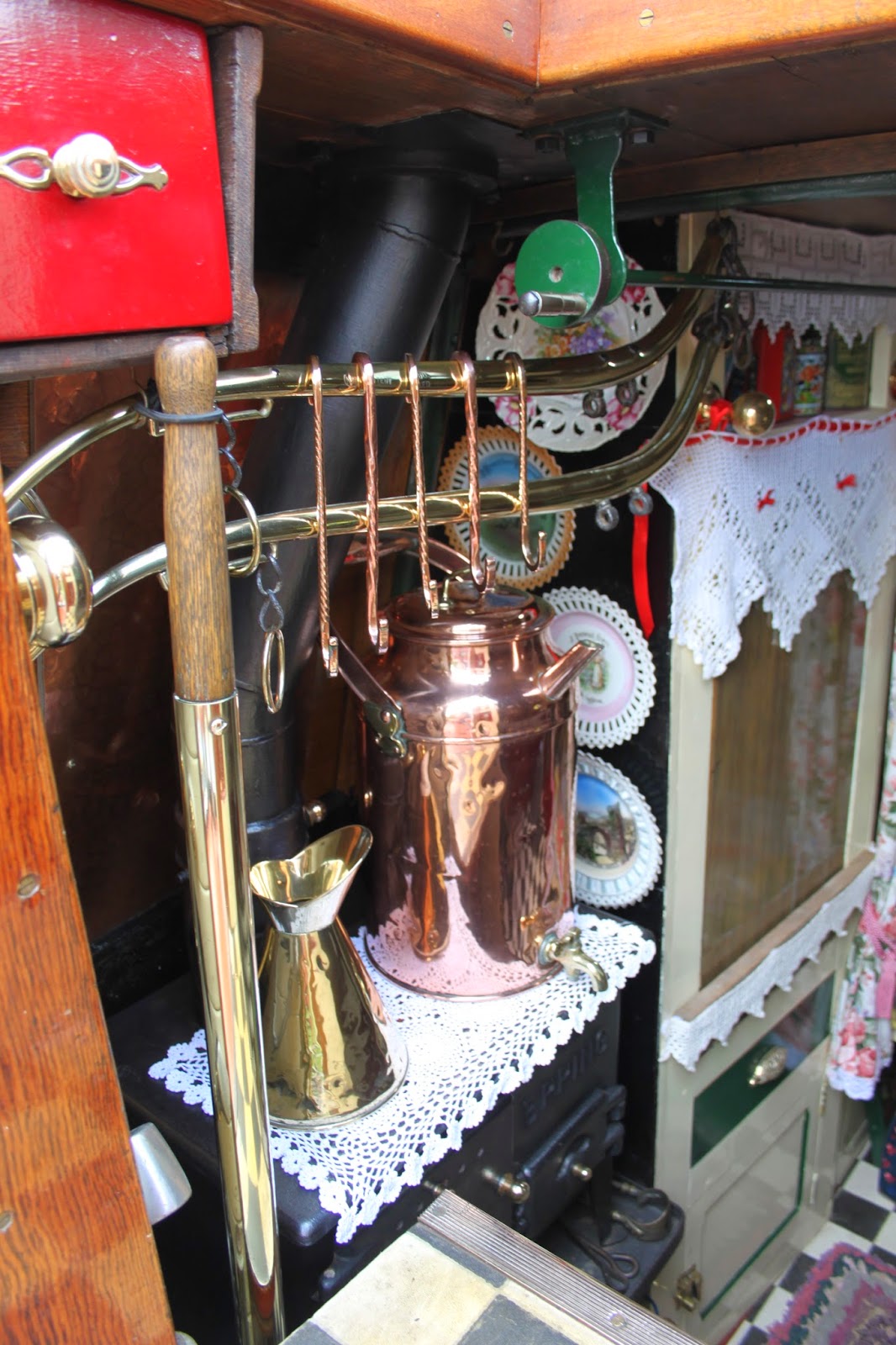 You can also see the plates that were part of my Christmas present from Jim last year. They all have some sort of connection - one is Droitwich, where we went for the HNBC gathering in 2012; one the Houses of Parliament (I have lately taken to coming home from work and flopping on the sofa with my knitting, in front of live coverage on BBC Parliament. I am a fan of Deputy Speaker Lindsay Hoyle.), and local ones Brighton, Hastings and Portsmouth (where I once worked). Long time readers may recall that I once professed a hatred of lace plates, so why have they grown on me after all? Put simply, I suppose, they serve a purpose - like everything else in a back cabin. The brighten up a dark corner where nothing else really could. 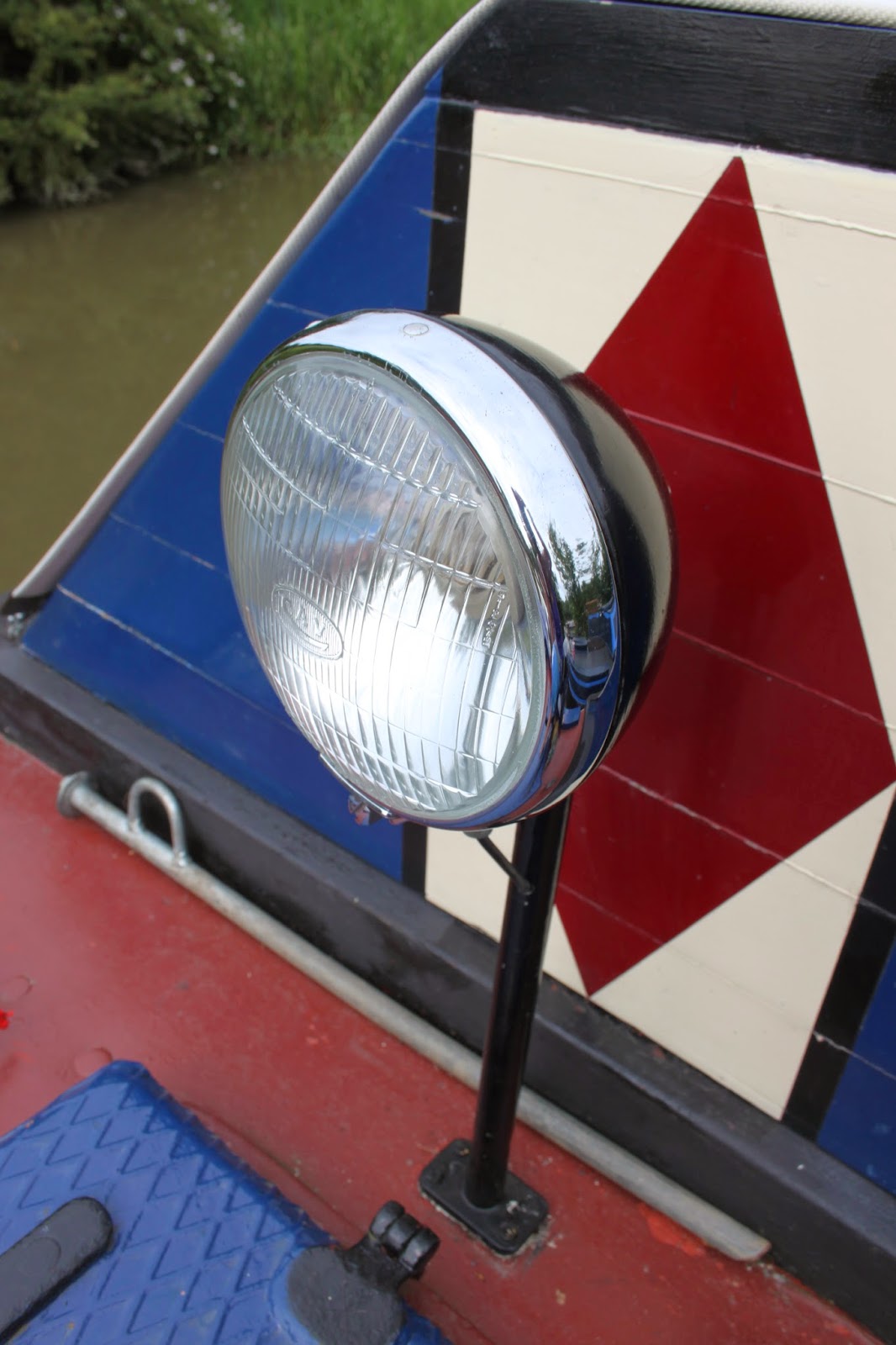 At Christmas I also received a new (old) headlight for Chertsey - a thirties CAV headlamp. Having finally tracked down a bulb, Jim fitted it before we left for Braunston, on the bracket that he had already made. It was tested in Braunston tunnel and did an excellent job. 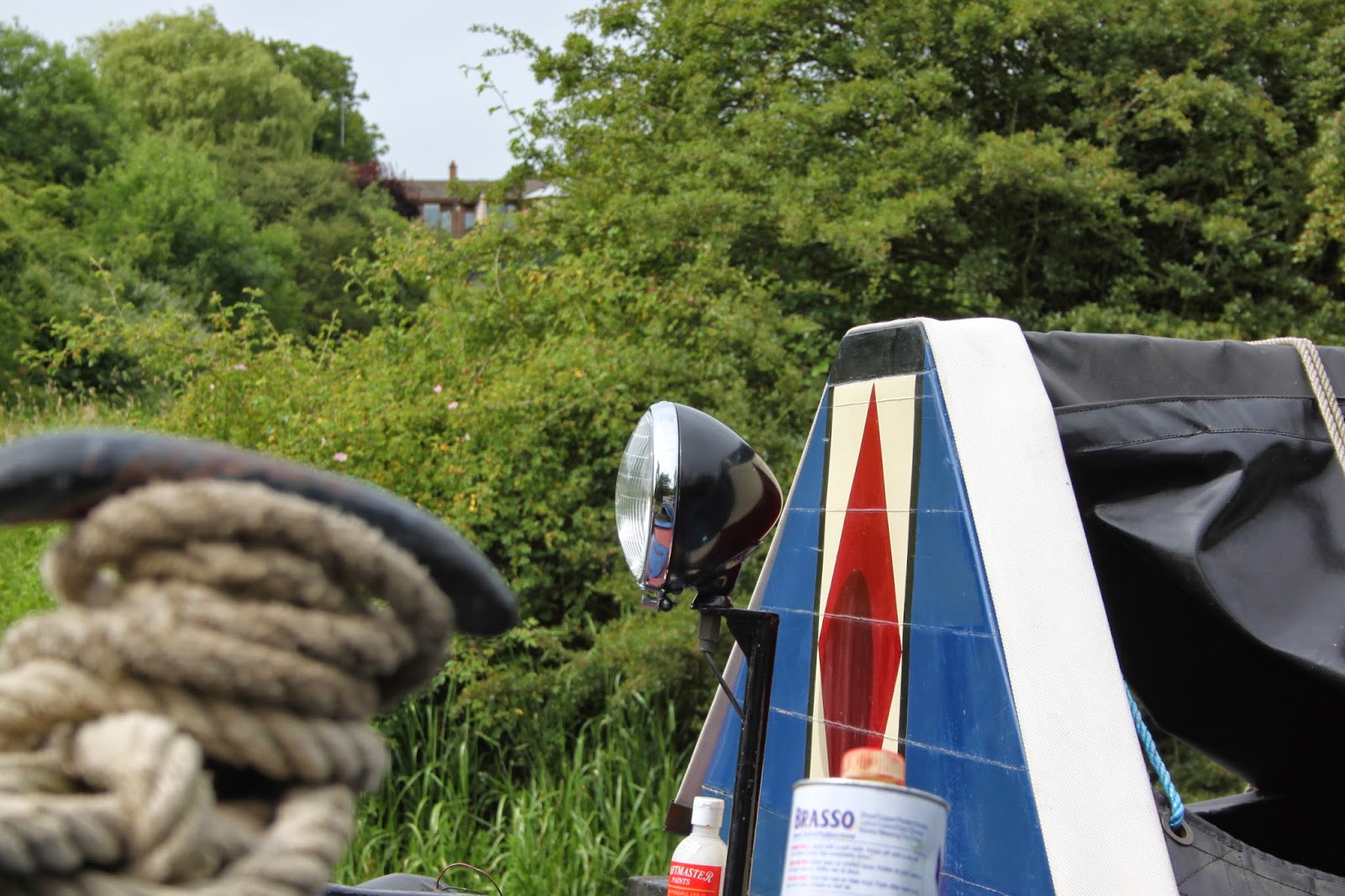