The shortlist has just been announced for the National Historic Ships photo competition. There are some fabulous photos as always (here) but I'm a little disappointed that my shot of Walton's launch hasn't made the cut in the 'traditional maritime skills in action' category, particularly as three of the five photos that have done feature caulking, rather than reflecting a variety of traditional techniques like the rather dramatic and rare art of side slipping. 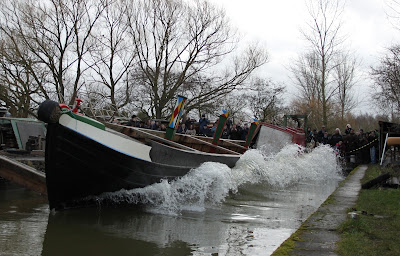